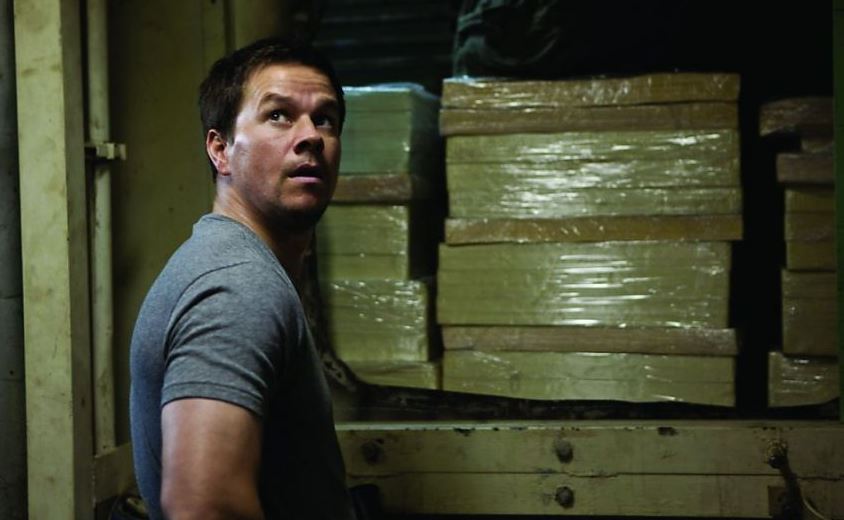 Andy (Caleb Landry Jones) is in over his head. He’s a young lad who’s got into the smuggling game his brother-in-law Chris (Mark Wahlberg) has recently quit.
When the authorities board his ship, Andy throws a consignment of drugs overboard, so when he gets back, he has a lot of explaining to do to his boss Tim (Giovanni Ribisi).
Tim – your typical ruthless movie bad guy – doesn’t accept “I would have got arrested” as an excuse and forces Chris to get back into the game for one more job, to pay off his brother-in-law’s debt.
But as Chris gets deeper into the mission, he grows suspicious of all those around him and starts to wonder who he can trust.
Is Tim really going to let him do one last job and retire, or does the gang have other plans for Chris, Andy and the woman they share, Kate (Kate Beckinsale)?

In this most peculiarly complex co-production, Icelandic director Baltasar Kormákur delivers a slick and expensive-looking thriller whose European origins are likely to have provided good value for money – so with big star names, including Mark Wahlberg and Kate Beckinsale, it’s almost certain to turn a profit.
But while this might have been a good business proposition, artistically it’s rather shallow.
The plot strings together – not always believably – a series of thrilling action sequences, featuring big ships, boat-yards, explosions, drugs, counterfeit money, gunfights and, of course, a bad guy who spits through clenched teeth at his underlings as he barks his dissatisfaction at their failings.
Big money smuggling suddenly seems like perfect fodder for an action film, oddly overlooked by Hollywood until now, but this is probably not the great film we’ve been waiting for.
A big problem, narratively, is that there aren’t enough likeable or credible characters. Andy, for example, seems to be going out of his way to mess up, Chris’s shady best friend Sebastian (Ben Foster) never quite looks like he’s on the straight and narrow and Kate Beckinsale seems to be miscast as a quiet, doting wife and sister who does little but whimper while the boys around her play action hero. Only clean-cut Wahlberg comes out of this with anything to brag about – although he doesn’t do anything different or better than we’ve seen before – and filling the cliched role of the ex-con who’s forced back to the criminal underworld for one last job is hardly going to make his performance feel fresh and surprising.
The film looks good and moves along briskly with exciting stunt sequences, but as a piece of narrative drama, it’s messy, corny and doesn’t really hang together convincingly and while it grips from an action point of view, it doesn’t grip emotionally.