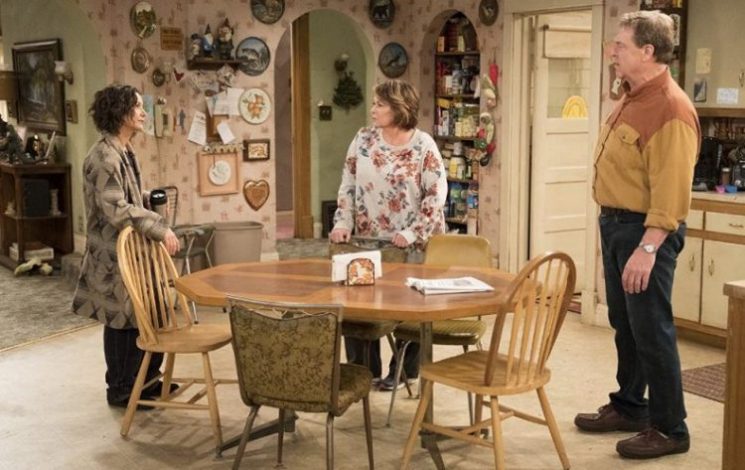 Anyone in their 40s or older will remember Roseanne Barr’s ground-breaking sitcom, which ran for nine seasons in the 80s and 90s. Now, after more than twenty years, the same core cast and crew are back with Season 10 – so popular on its return that ABC commissioned Season 11 immediately after Episode 1.

The original show was screened on Channel 4 in the UK, but the reboot hasn’t been picked up on this side of the Atlantic yet. So, to find out whether it’ll be Worth Seeing when it arrives, we asked our US West Coast writer, Carly Mayberry.

This time around, the sitcom, which originally aired from 1988-1997, has matriarch Roseanne, husband Dan and their expanded brood not only facing challenges in the information age, but handling life in President Donald Trump’s America.

When it comes to TV series reboots, they’re often hit and miss.

But in the case of Roseanne, it’s now over 20 years later and the Conners, still dealing with the usual stresses and issues that must be tackled by most working-class families, have managed to transcend time.

While John Goodman’s character actually died at one point (with season 9 ending up as all a dream), he’s back in series 10 as the endearing Dan while Sarah Chalke, who played Becky from series six, now has a different role, as surrogate mother. That’s while Sara Gilbert (Darlene), Laurie Metcalf (Jackie) and Alicia Goranson (Becky) have also returned.

Roseanne, now a grandmother, is again feisty and funny – almost in a more seasoned kind of way – not to mention still a Republican. And while she once again has no problem clashing with her more-liberal minded sister Jackie, the stage is set for more sparring in the first episode when the two have a go-around of their take on the 2016 presidential election.

“How could you have voted for him, Roseanne,” says Jackie.

“He talked about jobs, Jackie, he said he’d shake things up. I mean this might come as a shock to you but we almost lost our house the way things are going …” replies Roseanne.

“Have you looked at the news, cause now things are worse,” responds Jackie.

“Not on the real news,” quips Roseanne.

It’s worth noting that Metcalf won three Emmys for her work on the original.

At one point, Jackie says, “There you go – all you people go straight to violence … wrapping yourself up in the flag and clinging to the guns,” with a reference to the current climate.

Perhaps Roseanne’s view is wrapped up during a final sentiment she expresses during a before-dinner-blessing on the food.

“Please protect all our troops overseas … but most of all Lord, thank you for making America great again.”

Of course, other modern day themes like ageism, divorce and blended families apply in the revived Roseanne too. Yes, the Conners are all still existing spontaneously in a world dealing with normal family issues like raising children and making the mortgage, but now they’re living in a world where the gap between the haves and the have-nots has widened. The family continues moving, somehow, despite every obstacle that pops up that seems to create another and another, giving the show’s writers lots to latch on to.

Ultimately, there’s still enough to love about the Conners to make it worth watching.  And despite one’s politics, when all is said and done, the show seems to deliver enough wit and humor to “make America laugh again,” something sorely needed in the times we live in.