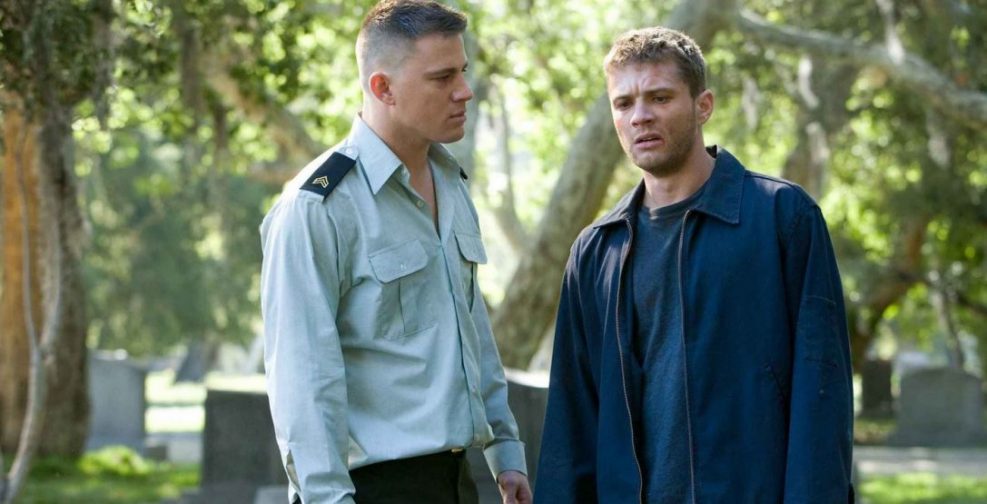 Sergeant Brandon King (Ryan Phillippe) leads his squad home from a tour of duty in Iraq, to a pomp-filled heroes’ welcome, in Texas.

But even as they are considering their futures, Brandon is told he has to go straight back to Iraq.

He’s thrown into turmoil – he can’t go back – he’s had enough – but there’s hardly any support for returning soldiers – and obviously none at all for those who go AWOL, for that’s the route Brandon ends up taking.

The waters are further muddied when Steve comes looking for Brandon and finds that his own fiancée is helping him hide from the authorities.

It’s been a long wait for Kimberly Peirce’s follow-up to the Oscar-winning Boys Don’t Cry, and again she’s delivered a powerful drama – this time a study not just of the effect war has on the soldiers in the field, but also the way they’re treated when they get home.

It’s the latest in an ever-growing list of films examining the roles of American soldiers, who’ve been fighting in Iraq – and looking at the lasting effects of their experiences.

The film touches on many areas – the aftermath of war, the battle against the authorities, honour, love rivalries – on each one pushing the boundaries and becoming just a little overwrought.

Ryan Phillippe puts his heart into it but is perhaps a little too single-minded – Channing Tatum gives perhaps the most mature and complex performance of the piece.

It’s a brave, fresh attempt to study a familiar subject, with a necessarily bleak and raw feel, but it leaves you feeling emotionally drained, without giving you a sense that you’ve learned much or grown as a result of sharing their experiences.