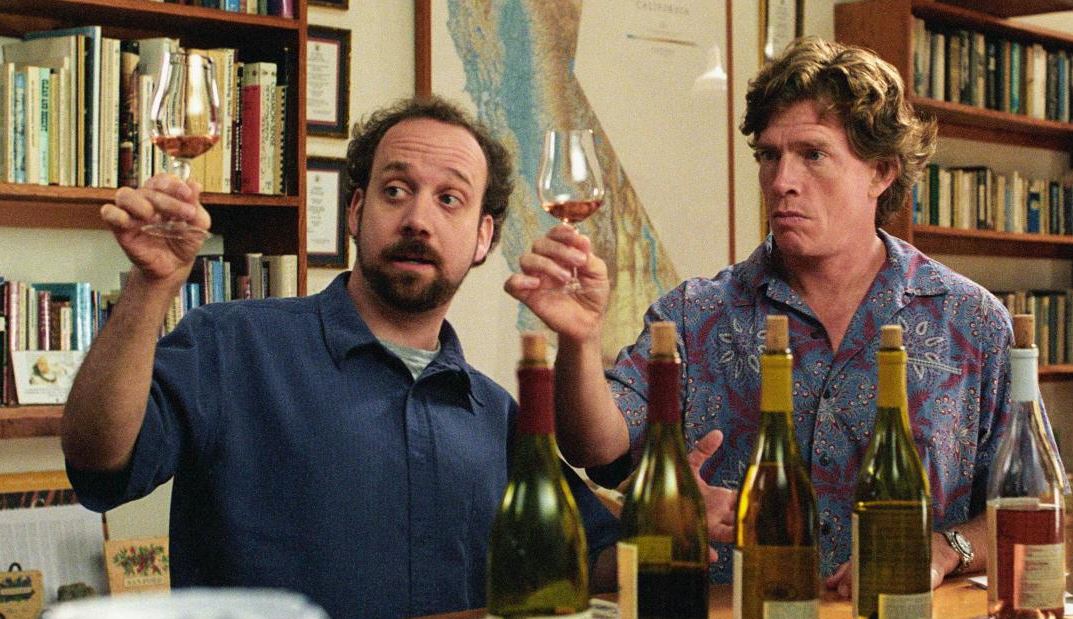 Miles (Paul Giamatti) is an insecure and neurotic struggling author – insecure about both his writing and his love-life, not having been able to get over a traumatic break-up.

His best friend, actor Jack (Thomas Haden Church) is about to get married, so Miles takes him off on a wine-tasting stag week, touring the vineyards of southern California.

Their differing expectations lead to friction when Jack believes he’s fallen in love with a local wine-worker, while Miles just can’t fall in love with the waitress we all know is perfect for him.

This middle-aged road-movie is disarmingly charming.

The script is sharp and witty and like their journey, takes some unexpected turns.

The performances are impeccable, with Giamatti unfairly overlooked for an Oscar, but Church and Madsen did pick up well-deserved nominations in the supporting categories.

The film is the very definition of “bitter-sweet” comedy – you’ll laugh, you’ll cry, you’ll wince and you’ll really feel for the characters.

After About Schmidt, Alexander Payne has returned with another example of that rare commodity – a highly satisfying comedy for grown-ups.