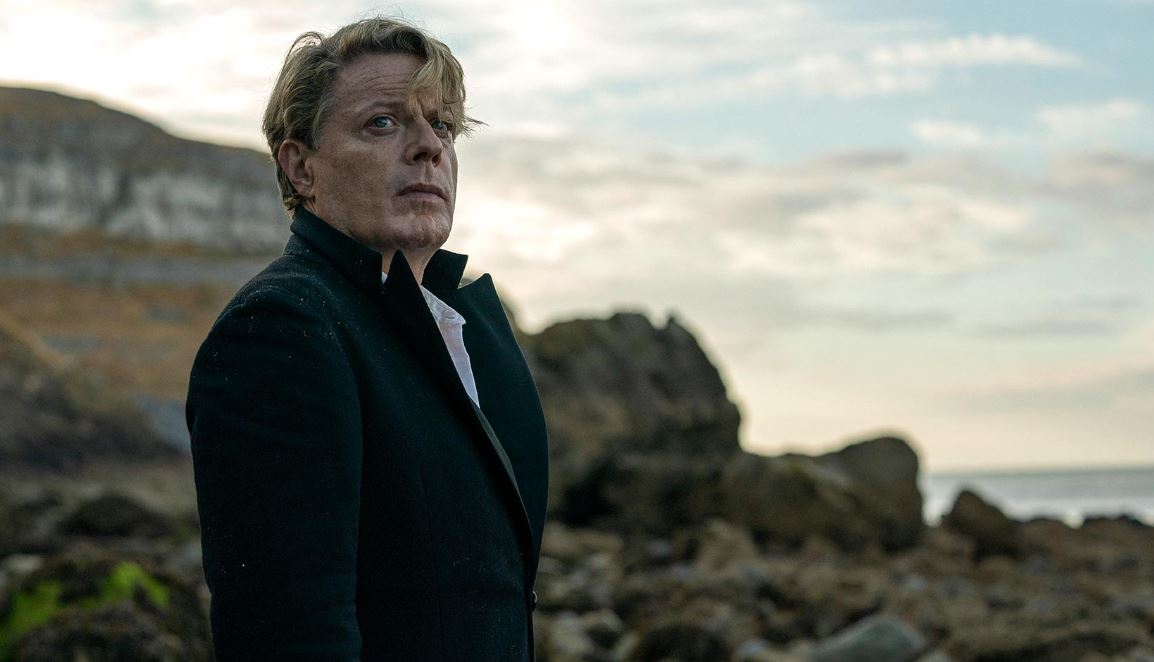 With the days ticking down to the start of the Second World War, teacher Thomas Miller (Eddie Izzard) arrives at a seaside Sussex school where the daughters of some of the most senior Nazi commanders are being education.

The school is run by Miss Rocholl (Judi Dench), with the help of a former pupil, Ilse (Carla Juri).

Thomas discovers that the Germans are planning to fly the girls home – bringing back information gathered in England that might be useful to the Nazi cause. The evacuation is the clearest sign yet that war is imminent.

Basing this tale on a real school in East Sussex, Eddie Izzard writes and stars in what in another time might have been a Sunday afternoon TV spy-drama, rather than a release of comparable status with Oscar contenders, such as the pandemic wiped away the blockbusters and elevated straight-to-streaming productions.

Real school or not, it feels a little odd to have a group of exclusively German girls being educated on England’s south coast, although Dame Judi Dench’s perhaps naive head teacher does as good a job as she can of explaining what they’re trying to do. The idea of using the school as a microcosm of impending war works nicely.

Sprinkled throughout the film, we have British characters, German characters, the authorities and spies on both sides.

The crux of the plot takes a while to get going but once it’s clear what’s going on, the director Andy Goddard does a good job of ratcheting up the tension.

There’s a little too much whispering in corners, listening at doors, hiding behind desks and the like to make the unfurling of the plot anything approaching a Bond film, and too many of the supporting characters exist solely to propel the plot along. It all just feels a little undercooked.

And it feels a little parochial – if it was really this crucial to Britain’s war effort to stop these girls getting back to Germany, British intelligence might have sent more than one man, better prepared him to deliver his message and had back-up closer to hand.

It’s interesting to note that at the time, it wasn’t just patriots and traitors – to muddy the waters, there were also some who seemed to be prepared to use violence to prevent war in the first place.

Six Minutes to Midnight is an oddly gentle spy film that provides an interesting insight into pre-War thinking but doesn’t break much ground.