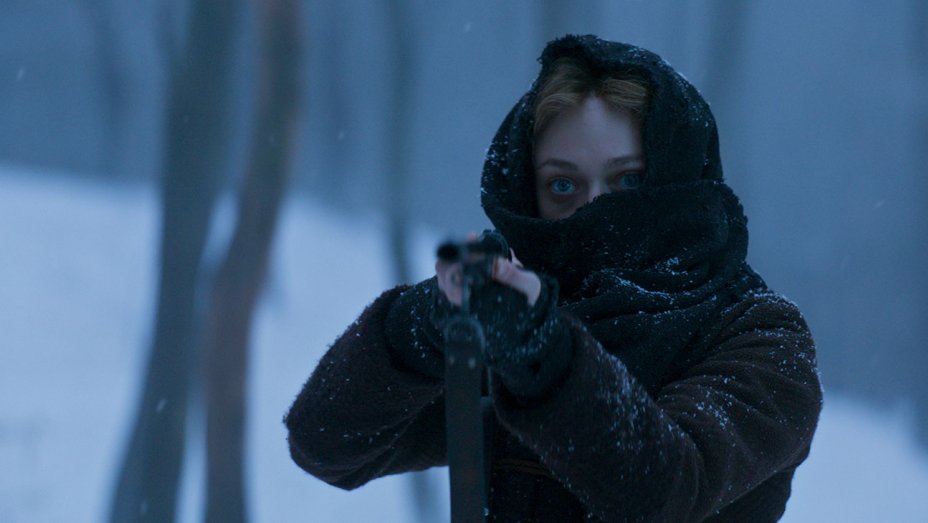 In the old American Wild West, Liz (Dakota Fanning) is a mute woman, working as a midwife with her young daughter Sam (Ivy George) translating her sign language for the rest of the town. They live a comfortable life with Liz’s husband Eli (William Houston) and his son from a previous marriage, Matthew (Jack Hollington).

Their lives are thrown upside down by the arrival in town of a new preacher (Guy Pearce), a scar across his throat betraying that his past might not be quite as clean as you might expect from a man of the cloth.

While the rest of the town accepts the Reverend’s no-nonsense approach, Liz knows there’s no room in town for the two of them – so she has no choice but to flee.

There is much to admire about Martin Koolhoven’s sprawling western saga, from the central performances of Dakota Fanning’s determined mother and Guy Pearce’s delightfully sleazy, hammed-up oppressor, to the authenticity of the production design and the fractured time-line that slowly reveals the brutality of the pair’s history, layer by layer, like the peeling of the onion.

Framing a story about an evil priest in biblical terms, entitling the four chapters Revelation,  Exodus, Genesis and Retribution, imbues the proceedings with an appropriate sense of gravitas.

But admirable and thoughtful as many elements of Brimstone might be, there’s almost no reason that anyone would actually want to waste any time or money to see it.

It’s unremittingly bleak, with not a moment of light to balance the darkness – be that wickedness of the various antagonists or the self-inflicted pain aimed at escaping from them.

Milking its structure, it’s far too long and a constant stream of misery, torture, blood-letting, death – with no catharsis, no humour, no relief. The general themes of the narrative are every bit as unpalatable as the devices that allow the plot to unfurl.

We follow a character who was born into misfortune and had more misfortune heaped upon her with each breath, and with each attempt to escape, that misfortune just catches up with her.

There’s no message – no moral to this tale. Even anyone reading it as an epic tale of a struggle for survival will find any apparent victory to be pyrhic.

Why anyone thought this would be a story that the average cinema-goer would want to see or why anyone would look at the “what’s on” guides and say “That’s how I want to spend my Saturday night,” I don’t know. But if you’re into this kind of torture-porn, with the film coming in at a shade under two and a half hours, you’ll at least get value for money.

In that sense, it’s a well-made film, crafted with integrity, but completely pointless.