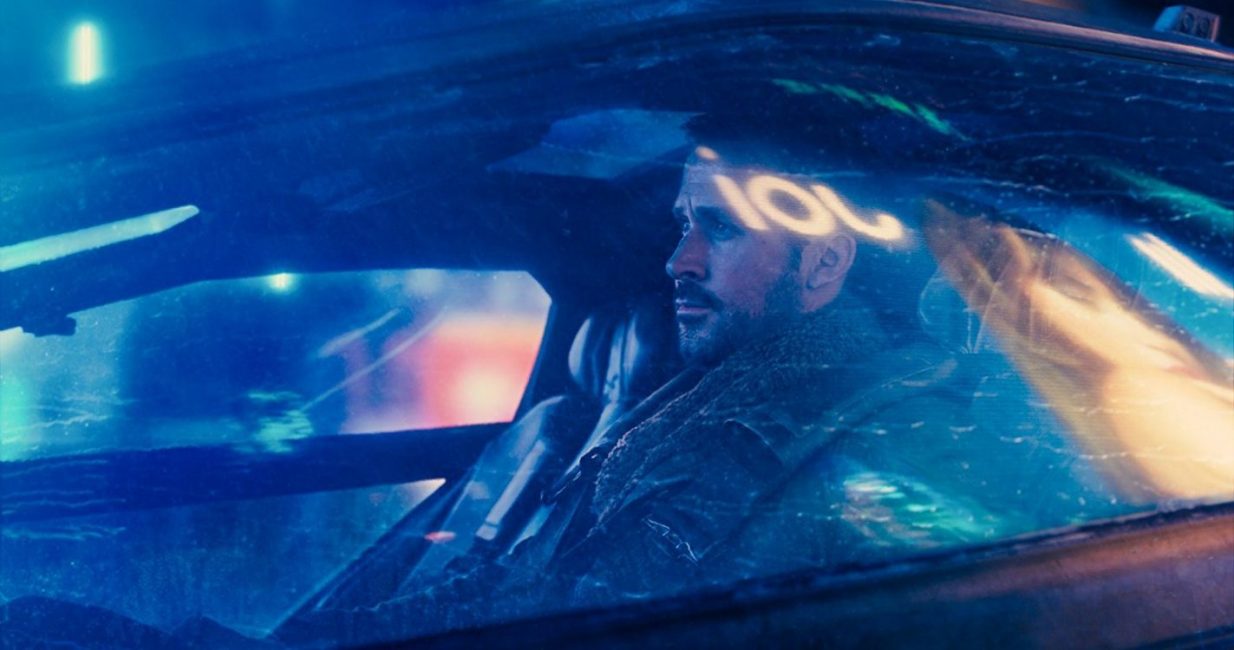 A conglomerate run by Niander Wallace (Jared Leto) has since designed loyal machines that are hardwired to obey, to do all that the previous generation of replicants could do – as well as “retire” any of their surviving predecessors.

One such new-style replicant, Officer K (Ryan Gosling), has a routine of hunting older models by day and relaxing at home by night with his artificial-intelligence holographic girlfriend, Joi (Ana de Armas).

But one day on the job, he makes a discovery that concerns his boss, Lieutenant Joshi (Robin Wright), who sends him on a new mission to eliminate the problem and tie up any loose ends.

Officer K finds himself on a search for what could be the future – or the end – of humanity, a search that puts him on a collision course with Joshi, Wallace and the remaining old-style replicants – during which he encounters the reclusive Deckard himself, hiding out in the radioactive wreckage of Las Vegas.

Set three decades after Sir Ridley Scott’s iconic science fiction epic Blade Runner, Scott the producer and his original writer Hampton Fancher have made audiences wait thirty five years for the next chapter in their contemplative saga that employs dazzling visuals in the hunt for the meaning of life.

A title card at the start prepares newcomers for what is to follow, but in truth, most people itching to see this will be at the very least familiar with its predecessor – some will have a religious-like passion for the futuristic world first created by the author Philip K Dick.

Fans will delight in spotting references not just to the 1982 film but a whole number of science fiction works that have been inspired by it in the interim. The story itself is weighed down by religious allegory as the origins of life are explored through a search for a messiah figure, as characters contemplate their own existence, past, present and future.

But much more than that we can’t discuss, because a message from director Denis Villeneuve, read to reviewers before the screening, included a plea not to tell audiences any details of the plot. This – he suggested – would enable them to experience the film in the same way as critics. But in truth, it silences critics who – in good faith – feel that there might be something lacking in the narrative. It’s like inviting someone to go to church without telling them what’s in the Bible, lest knowing about an ethereal miracle worker in advance might affect their predisposition to believe. In truth, audiences who want to know nothing about film shouldn’t read the reviews, critics should be allowed to do their job and film-makers shouldn’t hide behind pleas for privacy but should allow their work to be open to scrutiny. It is a thought-provoking piece of work, but he hasn’t got the courage of his conviction to let me tell you why.

Blade Runner 2049 is certainly faithful to its predecessor in terms of the stunning visuals, from the dirty night-time city-scapes to the updated neon billboards and the personal transportation. The low-life characters will have a familiar ring to them, and the score – while not by Vangelis – more than pays homage to his music in the original. There’s no question that this film feels like it’s set in the future of the same world we’ve previously experienced.

But – not that I’m allowed to explain why – there are many areas where the narrative simply falls short, whether elements feel inconsistent or motivations unconvincing. It feels like it’s trying to be important but ties itself in knots and simply over-stretches its own ambitions – and with a running time only a few minutes short of three hours, the film itself is needlessly over-stretched.

This is a dark world – with much of the plot unfolding at night, in heavy rain or under thick cloud – radioactive or otherwise – but the existential themes, as well as weighty, are similarly dark. Perhaps it’s inevitable in a film inhabited largely by characters who lack humanity, there is almost no humour to be found, except for the odd knowing line from Harrison Ford’s Deckard – a handful of welcome, if somewhat incongruous interruptions of the seriousness of proceedings.

While Gosling’s necessarily one-note performance is right for this role and the vision of Villeneuve, his cinematographer and his production designer is at times stunning, it’s hard to deny that the highlight of the film is the return of Ford’s Blade Runner. But it won’t escape the notice of anyone that this talented and otherwise versatile actor seems to be earning his keep exclusively these days by reviving characters from the 1970s and 80s. We’ve recently had Han Solo’s return in Star Wars: The Force Awakens, now Deckard is back and soon, Indiana Jones will be back in a fifth instalment of that franchise. What next? Witness 2? The Return of the Working Girl? The Fugitive: Back on the Run? Or perhaps he might revisit his character from Air Force One and end up in the real Oval Office. Stranger things have happened.

Blade Runner 2049 is an impressive, thoughtful and entertaining piece of cinema and a welcome addition to the science fiction canon, but it’s not as important as it believes, won’t have the resonance of its predecessor and does not deserve to go unchallenged.