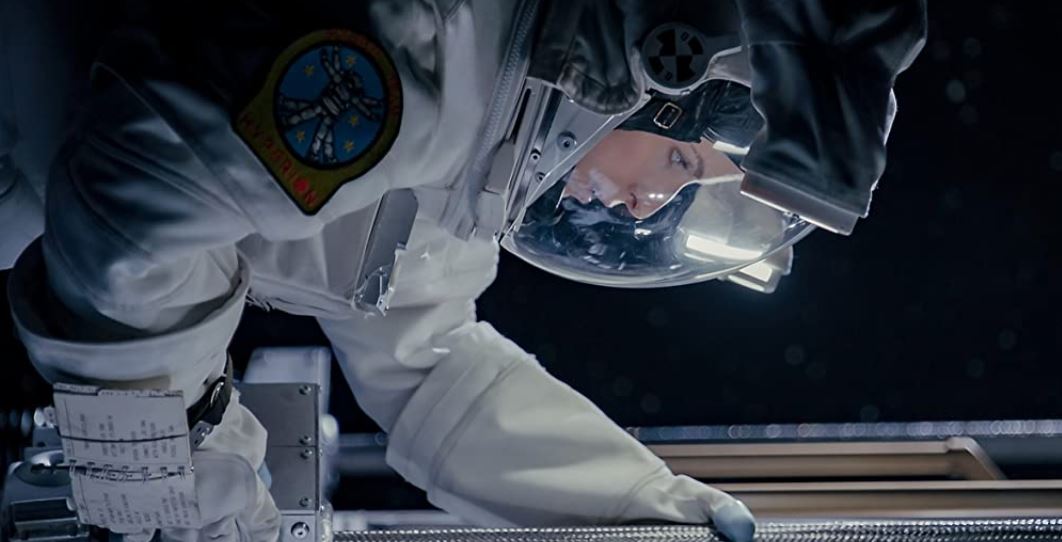 Astronauts Marina (Toni Collette), Zoe (Anna Kendrick) and David (Daniel Dae Kim) have just begun a two year mission to Mars, to establish whether it can be habitable for humans.

Soon after take-off, the commander, Marina, finds a stowaway; a launch engineer, Michael (Shamier Anderson), is unconscious when she finds him, but Anna manages to restore him back to health.

The crew members soon realise that with part of the space-craft’s life-support system now damaged and with an extra person on board, there won’t be enough oxygen to get all four of them to Mars.

Can they abort the mission? Can they find more oxygen? Or will they have to reduce the numbers on board?

Coming from the director of the hugely impressive tale of isolation, Arctic, Stowaway doesn’t quite tell the same story in space – Gravity has already been done – but this isn’t far off.

Setting it in space gives Penna a chance to add a touch of claustrophobia to the agoraphobia that infuses both stories of the hopelessness of isolation and the fight for survival, but on this occasion, he’s also given himself the added opportunity to mine human relations, pushed to their limit; there’s not enough oxygen for everyone, so someone has to die – it’s that simple.

Add to that the dimension of where this fourth person has come from and why and you have the building blocks for a fascinating psychological thriller – but this is where Penna drop the ball. He isn’t really that interested in where Michael came from, how he ended up on board the Hyperion or indeed why.  But we are.

With scientist David exhausting his options for creating more oxygen, he’s happy to get Michael out of the way with the caring doctor Zoe more interested in finding another way – even at the risk of putting the main crew more at risk. But rather than prompting existential debates and moral dilemma, this fundamental difference in approach simply leads to a bit of a ping-pong of views – you think this but I think that – without exploring what the options really entail.

Stowaway is the right length for a film that experiments with these issues, but given that most of the potential is ignored, it ends up padding out the running time with long, slow scenes in which people just repeat what we’ve already heard them say. And that’s part of the problem – there’s almost no character development – from the first time we meet each character until the end, they remain almost unchanged by their horrific dilemma.

Penna successfully conjures up atmosphere – or lack, thereof – of space, delivering a suitably well designed space-craft, with the thrills of space-walks that don’t quite go to plan, but his failure to capitalise on the potential he’s offered makes this a disappointing follow-up to Arctic.

It’s truly thought-provoking but acts as a launch-pad for your thoughts, rather than playing around with any of the ideas – it’s one thing to deliver a thoughtfully paced drama that leaves some gaps for the viewer to fill in but audiences have a right to expect more than a skeleton with so little flesh on the bones that the sadly unconvincing narrative is as empty as the vacuum beyond Hyperion’s walls.