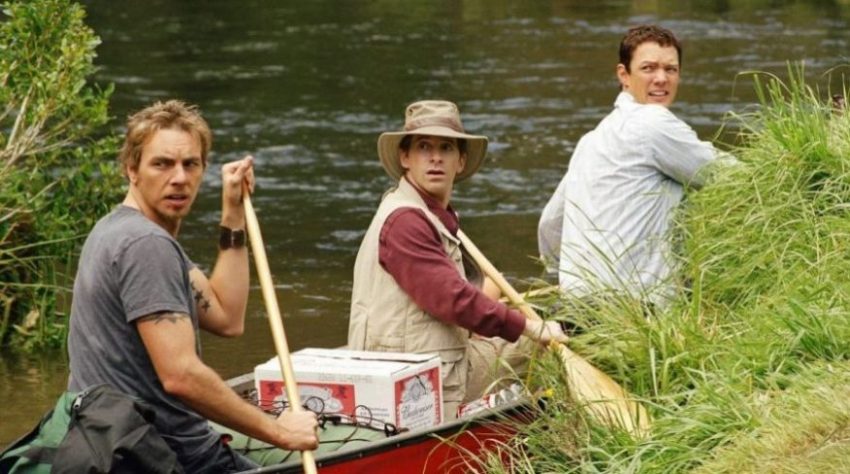 At the funeral of a childhood friend, Jerry (Matthew Lillard), Tom (Dax Shepherd) and Dan (Seth Green) decide to honour his memory by going on the treasure hunt he’d always dreamt of.

It’s the first time they’ve seen each other for years and they’ve all changed a lot in the meantime, so their adventurous trip down memory lane also serves as a re-bonding exercise for these old friends.

Encounters with a pair of redneck drug dealers, an amorous grizzly bear, two tree-dwelling beauties and a gun-toting hermit (Burt Reynolds) add to the comic misadventure.

It’s not big and it’s not clever, but this comic take on Deliverance is far more enjoyable than it has any right to be.

A blend of fish-out-of-water and gross-out humour, it somehow manages to rise above the likes of Road Trip, by paying more attention to character development.

While it’s full of cheap and obvious jokes, a couple of unexpectedly clever laugh-out-loud moments provide a lift.

It won’t be winning any awards, but it can certainly boast to be among the better examples of a tacky, cliché-ridden genre.