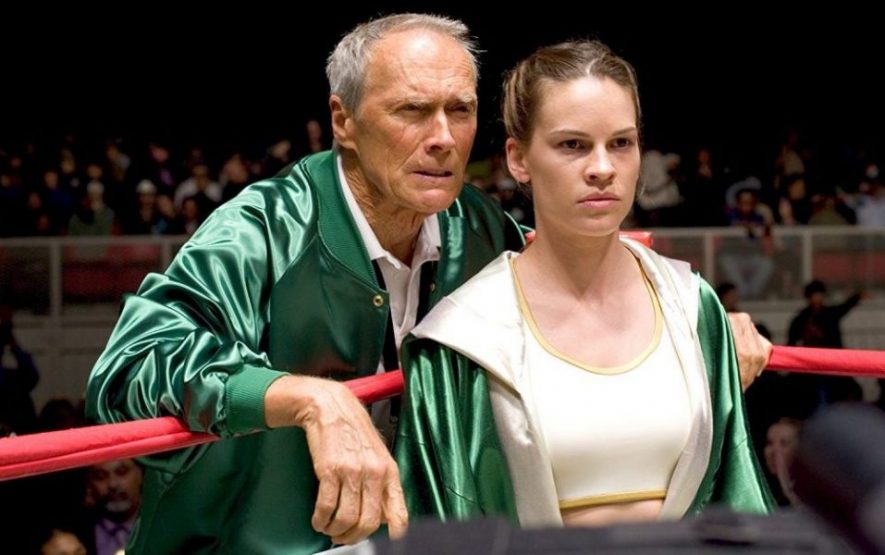 Her dedication and drive to break away from her hillbilly past soon carry her out of the rundown LA gym and to a world title fight in Vegas.

But an unexpected incident leaves everyone involved contemplating what they really want from life.

There’s no doubting the fact that this is powerful drama, with three central performances honed to perfection, and another assured turn behind the camera from Eastwood.

But the much-trailed “twist,” an hour and a half in, changes the film from a feel-good-female-Rocky to something else entirely, and the audiences for the two films aren’t the same.

The film teases you with secrets from Frankie’s past but fails to answer your questions as the secondary plot kicks in.

You’ll either find it deeply emotive or unsatisfyingly corny, but there’s no denying that Eastwood knows how to tell a story.