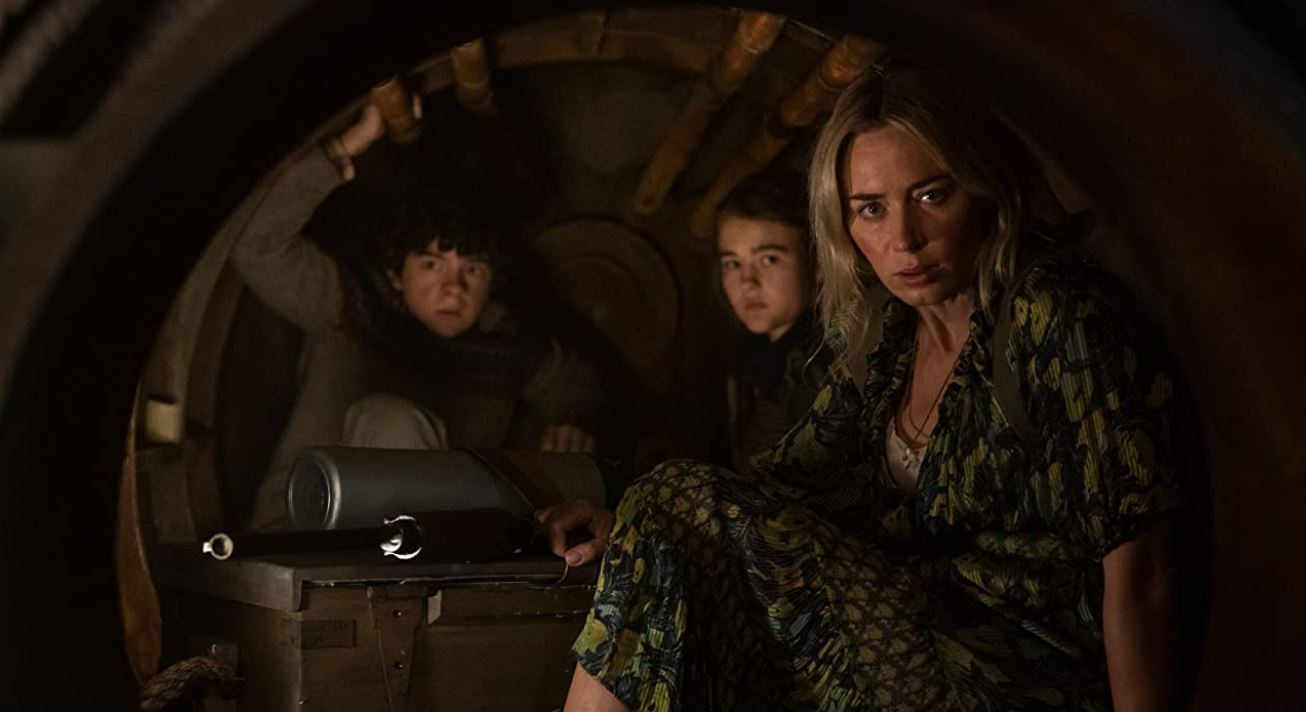 Picking up where the original film left off, the Abbott family (Emily Blunt, Millicent Simmonds, Noah Jupe) are now forced to leave their home and venture into the outside world. What they soon learn is that the alien creatures that hunt by sound are not the only threats they face.

They meet up with a former friend Emmett (Cillian Murphy), a shadow of his old self, who is reluctant to take them in, particularly as they include a newborn baby.

When Evelyn’s (Blunt) deaf teenage daughter Regan (Simmonds) sets off to track down the location of a sanctuary of survivors, against his better judgement Emmett follows her.

John Krasinski’s long awaited sequel to his outstanding and thrilling directorial debut family horror has taken on a whole new resonance tapping into our own hideous experiences in the wake of the pandemic and how it has changed our lives and our view of the world.

Shot pre-Covid it was supposed to have been released in March of last year but it was put on hold due to the coronavirus and oh what a difference fourteen months make.

The film opens with a terrifying prelude, outlining the arrival of the killer creatures before continuing where the first one left off. What follows is an equally action packed, bone chilling and heart-wrenching, emotional roller-coaster ride.

With minimal dialogue, the use of sound and silence is again used to stunning and heart-stopping effect. Yes it contains subtitles once more.

While the original thriller was very intimate and insular, confined largely to one location this one opens up this apocalyptic future by showing us a glimpse of the situation just beyond the confines of the Abbotts’ home and local community. It is now a dog-eat-dog world, where it is every man, woman and child for themselves. People have lost their humanity and decency, turning on each other and becoming feral and territorial in their quest for self preservation.

At the same time, writer-director Krasinski very skilfully maintains the hair-raising tension and fear, throwing plenty of jump-scares into the mix and of course the crying baby. Putting the newborn in a soundproof box with an oxygen mask acting as a pacifier to keep the child quiet is both genius and horrifying. Plus it frays the nerves.

He also ups the anti by very cleverly juxtaposing Regan’s (Simmonds) perilous journey with her mother’s fraught situation in protecting her other kids from the monsters at Emmett’s underground hideout.

Blunt, Krasinski’s real life wife, gives another powerhouse performance as a woman in survival mum mode, while it is Simmonds who steals the film as her rebellious deaf daughter as she puts her life on the line to save her family. Murphy is phenomenal as the troubled family-friend-come-father-figure.

It is hard to beat the inspired and frightening story arc of the original film but Krasinski has managed to make a compelling sequel with equal emotional depths and one that needs to be experienced on the big screen with other people. Scary but true.