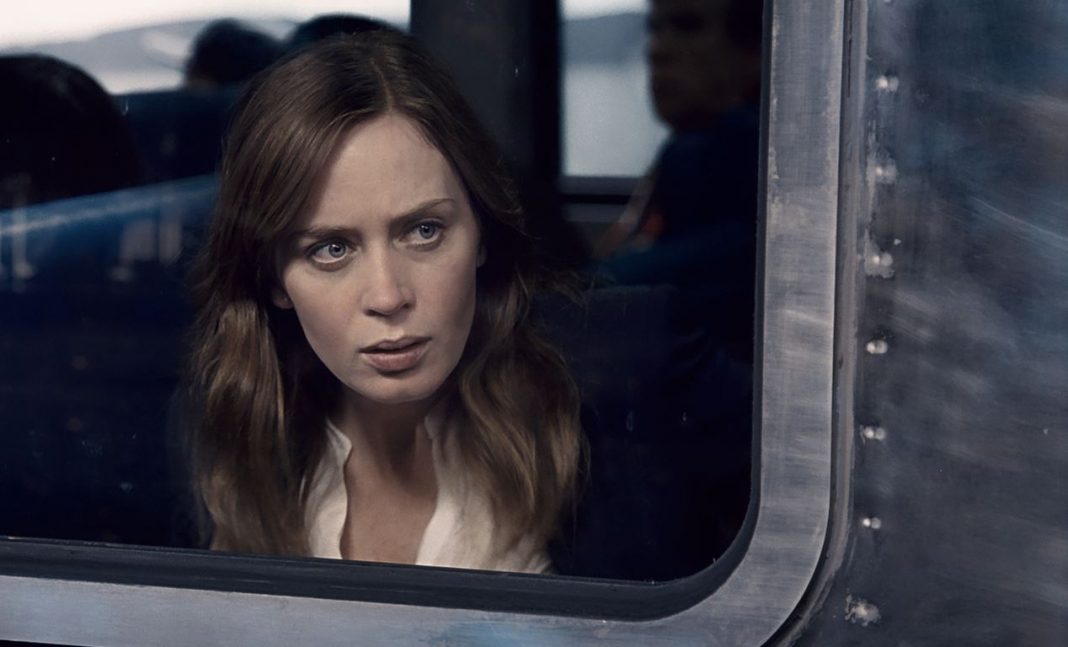 Rachel (Emily Blunt) rides the same train every day from the suburbs into Manhattan. Every day, she sits by the window and watches the same houses and the same people as she passes.

She covets the life, the house, the husband, the happiness of one of the women she sees every day, Megan (Haley Bennett).

Megan lives two doors down from the house where Rachel used to live with her ex-husband Tom  (Justin Theroux). He still lives there, with his new wife Anna (Rebecca Ferguson) and their young daughter.

When Megan disappears, Rachel believes something she’s seen from the train might be a clue to her whereabouts, but she realises that having no connection to anyone involved, it might seem odd if she comes forward.

But it’s not long before the chief detective on the case (Allison Janney) is knocking at Rachel’s own door; as an embittered alcoholic ex-wife, who suffers blackouts when she’s had too much to drink, Rachel soon becomes a suspect in the disappearance herself.

Based on the best-selling novel of the same name by Paula Hawkins, The Girl on the Train sets out to be this year’s answer to Gone Girl, but this train stops far short of David Fincher’s destination.

It’s a similarly slick and good looking film and it certainly holds your interest at first, as the story begins to build and the characters begin to flesh out, but with Megan’s story unfolding mostly in flash-back, while the others are more-or-less told from the present, it soon becomes unnecessarily confusing – well, confusing only because information is delivered in an order that deliberately keeps viewers in the dark for as long as possible, which makes it more of a trick than a puzzle.

One of the main narrative problems with this film is that while we’re seeing the events develop through the eyes of Emily Blunt’s Rachel, she’s not at all empathetic – we know early on that she’s not in a good place, making her an unreliable narrator for starters.

But the next tier of characters are similarly hard to care about – the audience won’t be especially worried about the disappearance of Megan and won’t really care who is responsible for it. And why would they, in a film that’s centred on Rachel?

The central character is, for most of the film, simply an observer – and not a trustworthy or likeable one – and when she comes off the bench and actually does something, it’s usually something that no-one in the audience would contemplate doing themselves, making it harder still to identify with her.

It’s also the case that too many of the themes of this film – alcoholism, blackouts, marital-collapse, infertility, voyeurism – have been tackled frequently on the big screen, and short of bringing them all together into one film, this doesn’t really have much new to say about any of them.

And although the film begins with three literary-style chapter headings, as it introduces the three women, the narrative soon becomes so single-tracked, sticking rigidly to Rachel’s skewed memories and experiences, that any additional intrigue that could come from interrogating other suspects is foregone.

I won’t spoil the film’s biggest narrative success – and it’s most important moment; there’s a twist that will come as a satisfying surprise to most viewers and it’s largely consistent with the rest of the story – but once this key point is revealed, the rest of the plot is so clearly signposted that unless you’re particularly keen on pantomime or melodrama, there’s no need to stick around until the film’s inevitable conclusion.