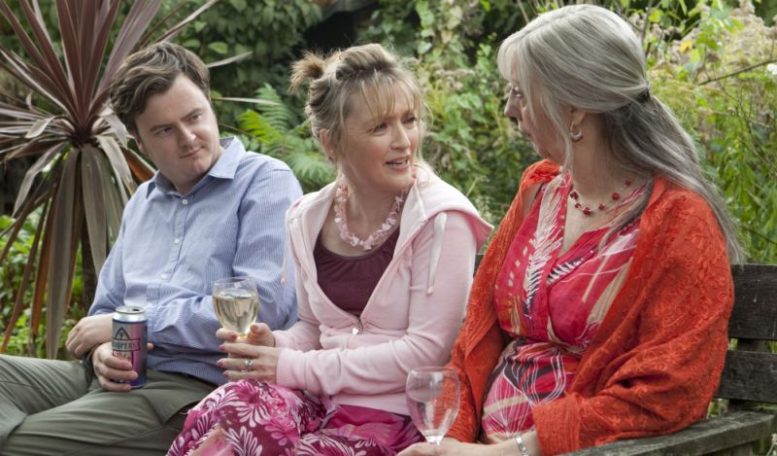 Gerri (Ruth Sheen) and Tom (Jim Broadbent) are an unusually content – almost smugly so – middle-class London couple, with a grown-up son Joe (Oliver Maltman).
Gerri’s an NHS psychotherapist. Tom’s a geologist. Joe’s an immigration lawyer. Joe’s long since moved out, but spends a lot of time round at his parents’ place.

Perhaps the only person who spends more time with Tom and Gerri is Mary (Lesley Manville), the administrator in Gerri’s department.

Mary is pushing fifty, single and lonely – a combination which has driven her to enjoy a tipple just a little too much.

When we first meet them, Gerri is stoically tolerant of Mary’s neediness and Tom is perfectly happy for her to visit.

As the seasons pass by, Mary becomes more needy, alcoholic and embarrassing, particularly when Joe – for whom she has a soft-spot despite an age difference of more than a decade – brings home a young, vibrant girlfriend who’s even more happy-go-lucky than the protagonist of Mike Leigh’s last film.

And as Mary becomes more desperate, her only friends become less sympathetic. Tom, in particular, is more interested in his own oldest friend, Ken (Peter Wight), who has alcohol and loneliness problems of his own. Like Mary, he’s also developed a soft-spot for the wrong person – Mary. But despite his sweet nature, she finds him disgusting.

This film charts the group over a tumultuous year, in which the only thing that doesn’t change is Tom and Gerri’s love for each other.

If you’re familiar with the work of Mike Leigh, this will be a delight – an acting masterclass, examining lower-middle-class public-sector workers as they struggle to keep their heads above water, despite the emotional problems they almost willingly and certainly knowingly walk into.

Lesley Manville, in particular, is outstanding, portraying one of the biggest losers in recent cinema while making her so adorable that you’ll want to jump through the screen and give her a big hug.

But if Mike Leigh’s long, slow burn to the emotional climax is not your cup of tea, this film will feel like little more than watching a bunch of perfectly nice people doing not very interesting things. Watching a loving couple share a cup of tea in their allotment and then pop home for a meal with friends simply isn’t that gripping.

As in Secrets & Lies, Leigh introduces rather more characters than are necessary to tell the crux of his story and contrives a barbecue to bring them all together. And as he did there, he takes a long time to get to a scene of such heart-wrenching emotion – here involving Manville’s Mary and Tom’s widowed brother – that you forget that much of what you’ve seen up until that point had purely been a device to get there. An earlier scene between Mary and Ken also packs an emotional punch. In fact, this film is only really worth watching when Lesley Manville is on screen – the couple who get most of the screen time really aren’t at all interesting.

That’s not to say that it isn’t entertaining – Manville’s foibles are delightful throughout – but Ruth Sheen feels oddly cold and unsupportive for a counsellor and best (and only) friend, while too many of the characters filling up the cast list are either stereotypes (a northern tough-nut, an eccentric girlfriend) – bland wallpaper (a doctor who serves no purpose other than to show that Ruth and Mary aren’t the only people who work in the hospital and that women have babies) – or pointless (a patient whose existence can be explained by no reason other than Imelda Staunton saying “Hey Mike, have you got anything for me in this one?” and him harrumphing off to keep her happy, just in case he wants her in a real role in the future).

Another Year is another Mike Leigh film. If you like him, you’ll like it. If not, it’s a waste of your time. It’s insubstantial and doesn’t really tell us very much about the society it’s set in, but most of the characters are likeable enough for us to give up a couple of hours of our lives to peek into theirs.

If the film came out in the summer, though, you’d probably rather spend that couple of hours having a cup of tea in your allotment, though.