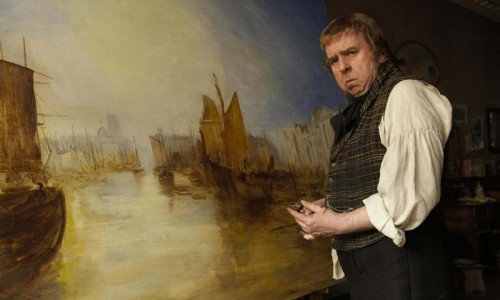 Mr Turner, Mike Leigh’s eponymous biopic of the master painter JMW Turner was the subject of more complaints than any other film to the British Board of Film Classification last year.

The BBFC’s annual report revealed that 19 people complained about a particular scene in the 12A certificate drama, in which the Cannes Best Actor winner Timothy Spall’s “clothed buttocks are seen clenching vigorously, before the scene cuts to a close-up of his face and his thrusting head and shoulders.”

The BBFC said 19 was a “very low figure” for the most complained-about film – a “tiny proportion of those who will have seen it.” A spokesman insisted that the scene was acceptable for a 12A film, “given the lack of nudity, the relative brevity of the scene and its importance in terms of the narrative.”

The Board rated more than 950 films in 2014 and the one that received the second most complaints was Steve McQueen’s 12 Years A Slave; twelve people believed that a scene in which a slave was shown being raped was too graphic for its 15 certificate.

These figures are dwarfed by the most complained about film of recent years, Christopher Nolan’s second film in his Batman trilogy, The Dark Knight; in 2008, 300 people felt that its 12A certificate was inappropriate.