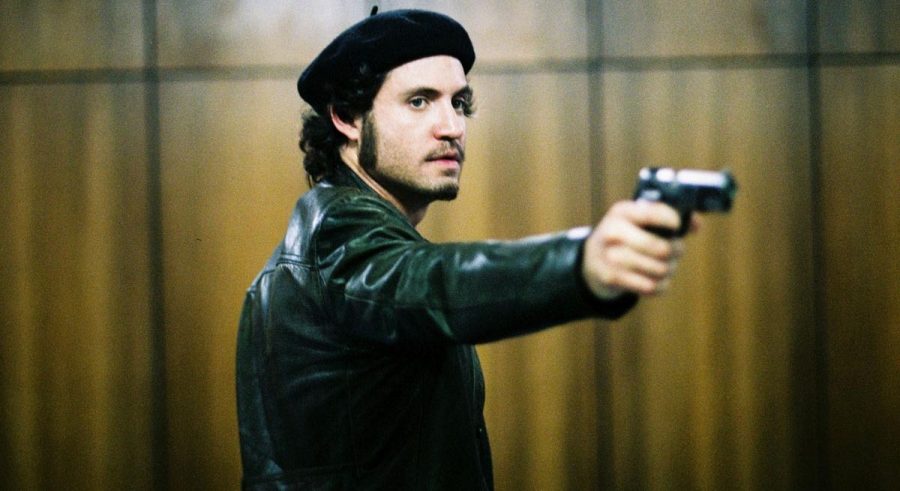 Venezuelan born and Soviet educated, Ilich Ramírez Sánchez (Édgar Ramírez) soon developed a driving urge to use force to implement his leftist political views and in the early 1970s, while based in London, he signed up to be a European agent for a Palestinian militant group, the PFLP, adopting the nom-de-guerre Carlos.

Having proved himself, he was given the job to lead a hostage-taking raid on an OPEC meeting in Vienna in 1975. Three people were killed in the operation, which ended after Carlos and his gang persuaded the authorities to provide a plane to fly them and their hostages to Libya.

From the outset, it became clear that his oeuvre was as much about politics and his own celebrity as it was about what he saw as righting the world’s wrongs.

The Vienna raid turned out to be more about getting Iraq on side with the PFLP than it was about fighting for the rights of Palestinians.

As his terrorist career progressed, he fell out of favour with the PFLP leaders, the more his notoriety made him the story.

Before long, Carlos set up a rival organisation, working as a mercenary for hire, rather than a revolutionary fighter, driven by political ideology.

After years hiding from the western authorities in eastern Europe and the Middle East, the womanising Carlos the Jackal, as he became known, eventually settled in Sudan where, in 1994, the French authorities caught up with him, got to Paris and tried him in connection with the killing of two French policemen in 1975.

Olivier Assayas originally made this for TV – five and a half hours worth of high-production-value drama, based on the life of one of the most fascinatingly public international terrorists, presented in three parts.

He later cut this down into a two and three quarter hour version for cinema, but as it turned out, both are actually available on the big screen.

Unusually for a film of nearly three hours in length, it feels incomplete, and it’s obvious when you’re watching it that much of the guts of the story has been ripped out and left on the cutting room floor.

The short – or at least shorter – version has gaps that leave you grasping to tie up loose ends, which sometimes make it confusing to follow the story or understand who’s doing what and why.

But spending five and a half hours in the cinema is clearly not something many people can face up to, which suggests that the life of this biopic will clearly be longer on DVD than on film.

But apart from trying to squeeze too much into what is already a long film, Olivier Assayas has delivered an intelligent and brooding character study of a fascinating, narcissistic terrorist whose own notoriety will long outlive the specific causes he fought for, as much for money, fame and status as for politics, not least because many of his terror attacks were failures.

Édgar Ramírez delivers a remarkably strong turn, convincingly portraying the young, aspirational Ilich, through the unusually vain and public terrorist leader to the emotionally deflated and physically inflated ageing gun-for-hire. Assayas himself acknowledges that the film could not have been made with Ramírez.

Covering such a long period in his life, too few other characters spend enough time on screen for us to get to know them and like them – or otherwise. But Almad Kaabour’s PFLP leader is an interesting presence, while he lasts.

Assayas concentrates on Carlos and his actions, rather than getting bogged down in the politics that shaped his ideology but he does see this biopic as a movie about geo-politics as much as it is about Carlos himself, saying one of the few differences between terrorism in the 1970s and now is the modern-day cynicism; the footsoldiers in Middle Eastern political violence in the 1970s, he notes, were picked for their political ideology, whereas now they’re seen as expendable, as those who hire them simply offer them a beautiful afterlife.

There’s no doubting the excellence of the writing, direction, acting and production values of this production, but at either length, it is flawed and dramatic as the story is, perhaps it wasn’t meant for the big screen.

One of the key rules of making a biopic is to select the right part of your protagonist’s story to tell – maybe setting out to depict from Carlos’s first job to his eventual conviction, jumping rather unevenly a few years at a time, was too broad and ambitious a task for even as accomplished a film-maker as Assayas to take on.