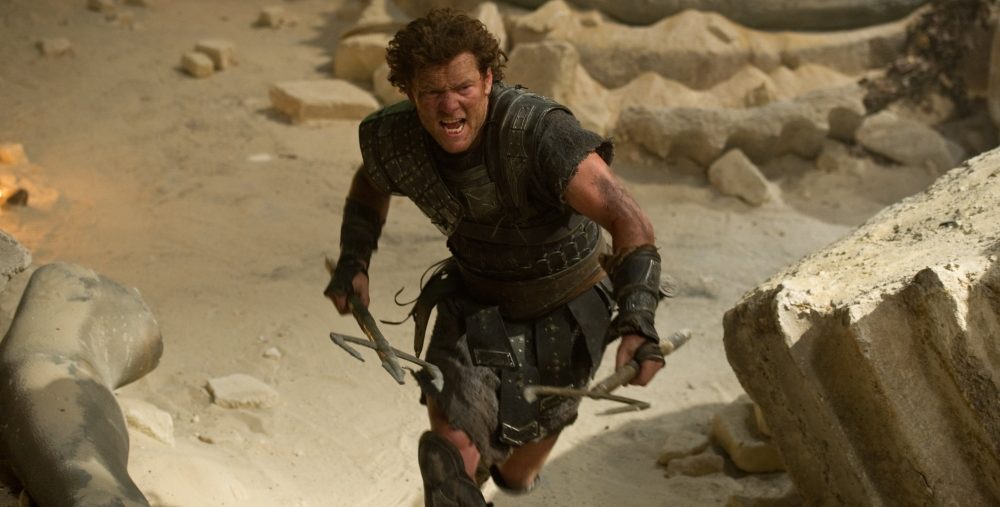 In ancient Greece, Zeus (Liam Neeson) isn’t happy. The mortals have long since stopped praying to the Gods, which is sapping their power.

So when Zeus’s own banished father, Kronos, is threatening to break free from his shackles to take control of the universe from him and his brothers, the God of the Sea Poseidon (Danny Huston) and the God of the Underworld Hades (Ralph Fiennes), the only way he can hope to put up a fight is to secure the support of the mortals.

Zeus visits his half-human son Perseus (Sam Worthington) to ask for his co-operation, but Perseus isn’t interested, prefering his newfound simple life as a fisherman and father.

But the frosty reception Zeus gets from Perseus is nothing compared with what he gets from his other son – the God of War Ares (Edgar Ramirez) – who teams up with Hades to entrap Zeus in the Underworld. The longer Zeus is held captive, the more of his power is sucked by his enemies.

With no-one to protect the mortal world from Kronos, Hades and Ares, humanity seems doomed, until Perseus steps up to the plate and joins forces with Queen Andromeda (Rosamund Pike) to rescue his father and defeat the forces of evil.

Anyone who saw Louis Leterrier’s reboot of the ancient Greek myths will know what to expect from this sequel.

This time, he steps back into the executive producer role and hands directing duties to Battle: Los Angeles’ Jonathan Liebesman, who delivers the required big foes and bigger effects.

As time goes on and the technology improves, seeing the likes of Perseus taking on a gang of giant cyclopses (if that’s the plural?) is so believable, it’s like water off a duck’s back, so something that’s actually a remarkable achievement feels a little pedestrian. Likewise for a herd of fire-breathing dragons and some fearsome fighters who spin around in twos, back to back, sharing a single pair of legs.

Throw in a flying horse, some demi-gods, a fighting Queen and an angry Titan and you have all the ingredients you need for nonsensical big budget epic that will thrill its core audience but bore everyone else.

It’s fun to work out which big names are hiding under all the facial hair – Bill Nighy’s distinctive voice is one of those that jumps out – but rather too many of the key players take themselves too seriously and however desperate they were to get Edgar (Carlos the Jackal) Ramirez in the cast, it sounds odd for Ares to have such a peculiar European accent, goodness knows.

Unlike its predecessor, which was turned into 3D as an afterthought, at least the extra dimension was added at source, giving rise to cleaner, more effective visuals that contrive to make the most of the medium. This doesn’t make 3D good, it just makes it more appropriate for the film – and the film more appropriate for 3D.