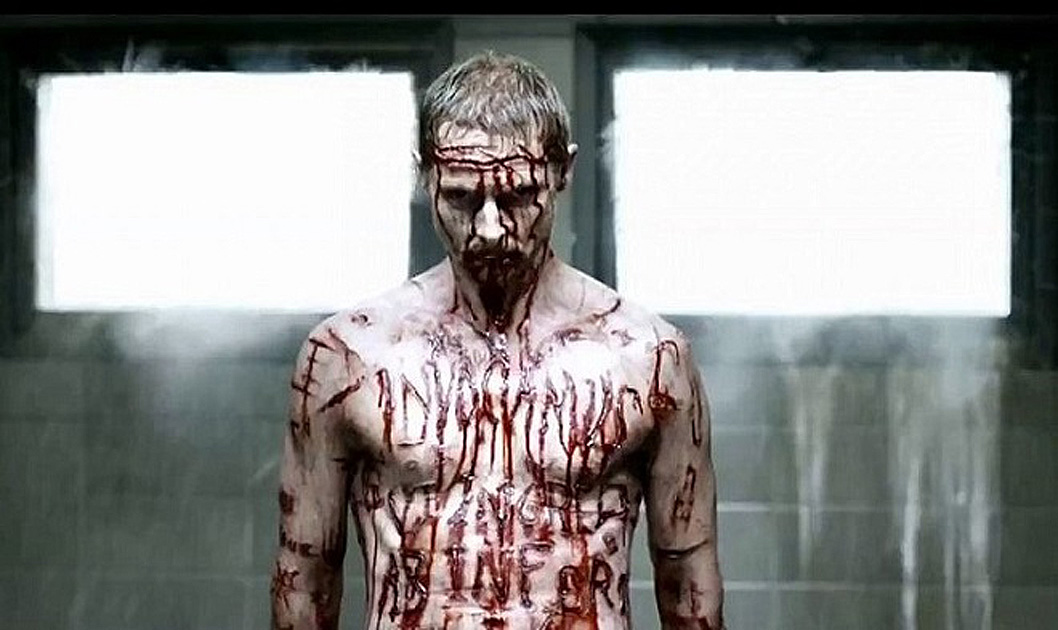 New York Detective Sarchie (Eric Bana) and his partner Butler (Joel McHale) are at the zoo, investigating a case where a recently widowed mother threw her young son into the lion enclosure. Sarchie notices a hooded man painting over some graffiti on a wall at the back of the lion’s den but when he tries to question him, the man disappears and the lions are let loose.

The mother ends up in a mental institution, where a Mexican priest, Mendoza (Édgar Ramírez), starts taking an interest in her.

Sarchie realises that her husband and the painter served together in a unit in Iraq where a mysterious experience in a cave left them all changed men, with a dishonorable discharge.

When a number of other strange things start happening around town, each apparently involving the same message painted on a nearby wall, Mendoza believes that a demon has been let loose and is possessing those it encountered in the cave in Iraq.

Sarchie, being a lapsed Catholic, is highly dubious about pinning the cases he’s investigating on evil spirits, but an unlikely partnership with Mendoza leaves him in little doubt that his chief suspect is not of this earth.

Scott Derrickson’s previous films include the supposedly real-life The Exorcism of Emily Rose and more recent fictitious horror Sinister – both of which chilled with effective chills and shocks.

Turning his attention again to what purports to be a true story, Derrickson ticks off rather too many cliches – from the case conveniently falling to a lapsed catholic, who happens to be s a brooding, over-worked cop who’s grown apart from his needy family to a priest so rogue that he doesn’t even wear a dog-collar. And he smokes.

Most of the shocks come from typical horror fare and the unlikely, convoluted plot makes a mockery of its claims of reality.

An exorcism scene featuring the screaming of Latin mantras, the waggling of a crucifix and the peculiar voices emanating from the subject feels disappointingly familiar – but when the suggestion is that this, like others in the genre, are based on true events, it follows that if demonic possession really does exist, this is what an exorcism looks like, so it would necessarily feel unoriginal.

Deliver Us From Evil is a peculiar blend of police procedural and demonic horror – each part as gory as the other – but reaching for the supernatural when reality runs out of steam feels somewhat lazy.

It won’t win people over to the genre, but for those who enjoy a bit of demonic possession, it’ll fill a hole.