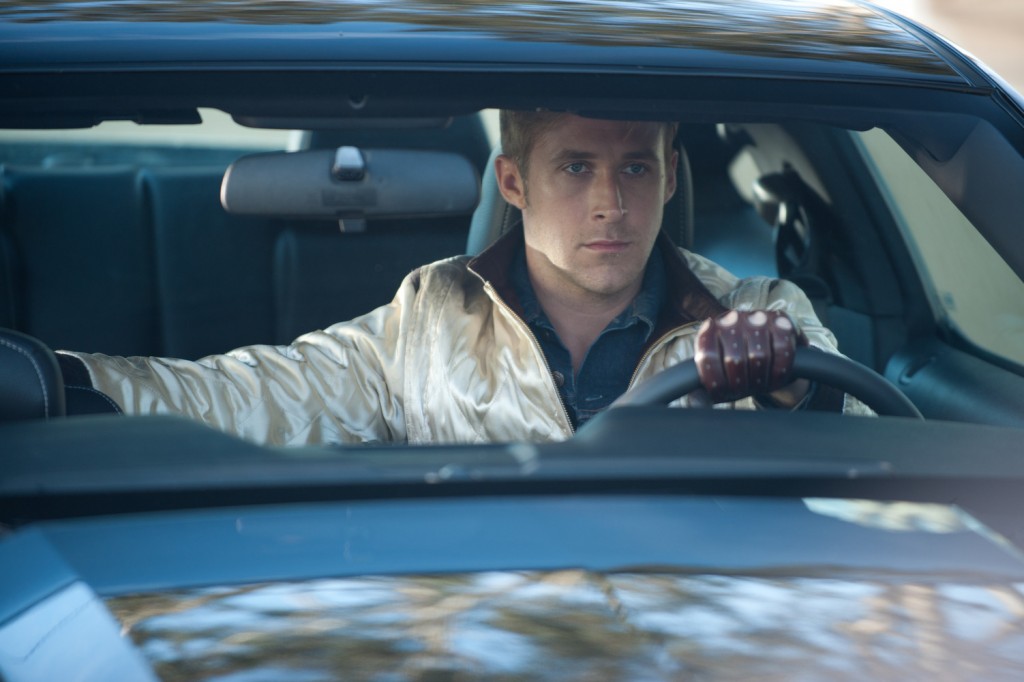 Ryan Gosling plays our unnamed protagonist; a movie stunt driver who moonlights as a freelance getaway driver.
His stunt supervisor Shannon (Bryan Cranston) likes to have his fingers in lots of pies, and sees an opportunity to start his own motor racing team on the side, with the Driver at the wheel. To fund the enterprise, he persuades long-time friend – and local gangster – Bernie Rose (Albert Brooks) to throw in the money.
Back home, the Driver gets to know his new neighbour Irene (Carey Mulligan) – a little too well for the liking of her husband, Standard (Oscar Isaac), who’s released from jail a little earlier than expected.
When Standard’s old crew turn up to collect a debt, the Driver agrees to help him, as a favour to Irene.
But – even though this is going to sound corny, stick with me – things don’t go to plan, as an intricately weaved web of deceit, double-crossing and death serves to undo everything good going on in the lives of everyone involved in this corner of Los Angeles low-life.

From its opening scene, Drive announces itself as an adrenalin-pumping action film.
From its second scene, a strong character drama is overlayed, from gangster rivalries to forbidden love.
The Driver is a rather passive protagonist – saying little and largely going with the flow, except when he’s behind the wheel, when he becomes a control freak, totally focussed.
The Driver can handle himself under pressure and Ryan Gosling can handle the Driver, changing up a gear when the script requires him to. He makes driving quickly and hurting people seem very cool, which might not sound too positive, but it’s meant as a compliment.
With a score that harks back to the synth music of Michael Mann’s 1980s films and the visual contrast between the shiny exteriors and the grim interiors – of the cars, of buildings, of people – it’s dangerously close to being more style than substance, but the performances and direction manage to rescue it from the brink.
Carey Mulligan, building up her profile on the other side of the Atlantic, doesn’t have too much to do, but a limping Bryan Cranston (best known now as the star of TV’s Breaking Bad), Albert Brooks (more in Out of Sight mode than his Broadcast News nebbish) and Ron Perlman (minus Hellboy’s red skin and horn-stumps) as a ruthless gang boss are deliciously effective, just one step short of overacting.
Mad Men’s curvy Christina Hendricks is almost unrecognisable in her brief but moving turn as the gangsters’ moll.
And Denmark’s highly respected Nicolas Winding Refn, with undoubtedly his most high profile film to date, brings the various strands together in a confident manner, that deservedly earned him the Best Director prize at this year’s Cannes Film Festival.
Sometimes, though, he feels a little overconfident, with rather too many rivals fighting over money, women and screen-time, and not always convincingly, although it’s shocking to see how the fatalistic nature of some of the confrontations makes the brutal executions come across, by turns, as both honourable and cowardly.
There’s a sense in which Drive is a little overwrought – a small, independent crime thriller trying to explode to compete with the blockbusters – with some wince-inducing violence peppered throughout a plot that at once feels a little contrived and complex, with rather a lot of individuals vying for attention in one small, disconnected corner of LA’s underworld. And it’s not entirely clear how someone who spends his entire professional career in the driver’s seat can handle himself so well when he steps out of the car.
But it’s an enthralling, consuming piece of work that largely succeeds both as a character drama and as a crime thriller.