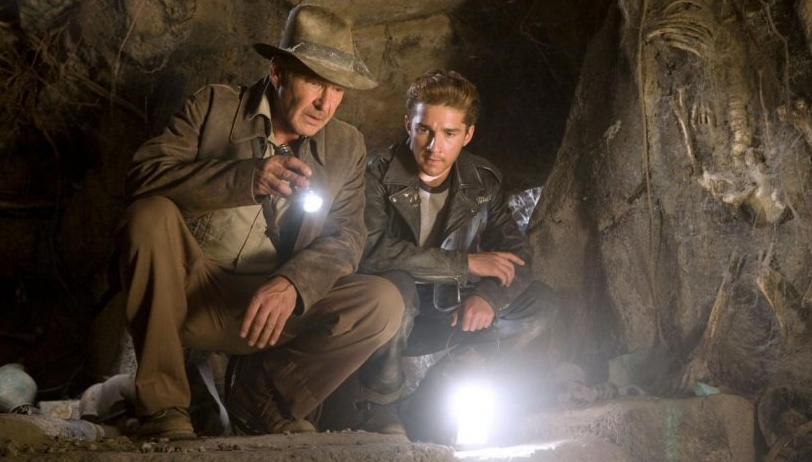 Indiana Jones (Harrison Ford) and his British sidekick Mac McHale (Ray Winstone) are kidnapped by the Russians and taken to a military warehouse to find a crate which contains alien remains.

There he meets mad Russian scientist Irina Spalko (Cate Blanchett) who wants to get her hands on the Crystal Skull which will give her power over people’s minds.

When Professor Jones returns home to Marshall College he learns the authorities want his head.

On his way out of town teen rebel Mutt (Shia LaBeouf) asks him to help him rescue his mother (Indy’s old flame Marion) who’s been kidnapped in Peru.

Indy realises it’s also a golden opportunity for him to find the legendary Crystal Skull of Akator.

19 years from Harrison Ford’s last appearance as Indy on the big screen, does he cut it? And does this fourth film live up to all the hype?

Well yes and no although hardened fans, like me, won’t be disappointed. It does exactly what it says on the tin although maybe it should have been called Indiana Jones and the X-Files.

Ford, at 65, looks a little craggier but he’s in fighting form. Karen Allen, who seems to have aged gracefully, gives him hell on screen as his feisty first love. Blanchett makes for a formidable Commie adversary while LaBeouf, emulating James Dean, is Indy in the making. As for Ray Winstone he is big and brash and okay he’s just Ray Winstone.

It’s a film of two parts. The first is about Roswell and the threat of nuclear war. The second is all about the archaeology and treasure hunting. It doesn’t really kick into gear until the action moves to Peru.

There are scorpions, carnivorous giant killer ants, a thrilling car chase scene including sword fighting on top of high speed moving vehicles through the Amazon and Indy makes a shocking discovery, although it’s not difficult to guess. References are made to Indy having aged and there are some nice nods to the previous films and characters but the problem is since the last Indiana Jones flick there have been many similar movies including The Mummy and National Treasure so it all seems a little like deja vu.

However nobody does it like Spielberg in look or scale. No expense seems to have been spared in the set action scenes. All the lose ends are tied up nicely by the end. It’s not perfect but like an old friend you forgive them their shortcomings. It is one hell of an enjoyable ride.