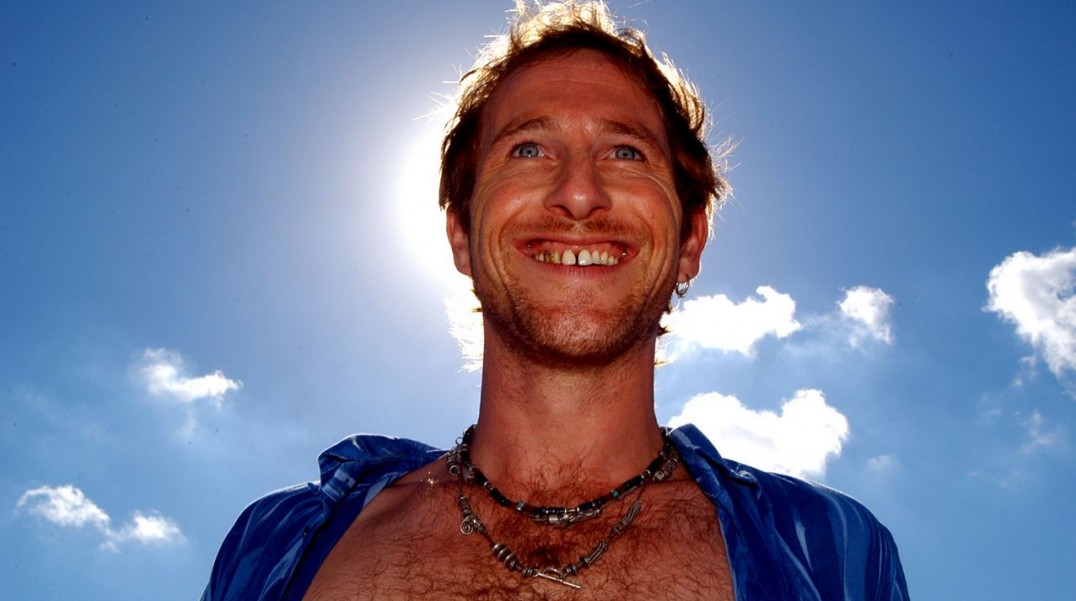 Wilde by name, wild by nature – Frankie Wilde (Paul Kaye) is the loudest, rudest, cockiest, richest, most successful and most popular DJ in Ibiza.
He has everything – the trophy wife Sonja (Kate Magowan), the mansion and all the drink, drugs and money he needs to keep them sweet.
But suddenly, a crisis – the incessant thumping and pounding of loud dance music aggravates a long-standing ear problem and soon he goes deaf.
At first, he nose-dives into his cocaine – and oblivion – but later comes to his senses using his sight and touch, finding redemption in the unlikely art of lip-reading.

It begins as a loud, rowdy and bawdy comedy, recalling other Brit-flicks that study the club-scene – bright and pacy as it is, we’ve been there so many times before.
But suddenly, the plot kicks in – the DJ goes deaf. From this moment on, the film becomes a highly original, unexpectedly moving roller-coaster ride of emotions. A thoroughly unpleasant protagonist becomes a tremendously sympathetic character.
That he remains flawed adds to the authenticity of a story of someone desperate to overcome obstacles in his path and rebuild his life.
That the film switches from a standard drug-fuelled club-flick, verging on the gross-out, to become one of the most inspirational films in years is a surprise.
The imaginative, inventive – and often surreal – touches adopted by the director to tell his story are a breath of fresh air.
This is exactly the kind of film the British film industry should be churning out – a disarmingly intelligent and meaningful satire, dressed up as an energetic take on the Ibiza clubbing scene.
For readers outside the UK, it might help to know that the DJ’s name in the title is the cockney rhyming slang for “wrong” – all the more odd, given that the writer/director is Canadian.