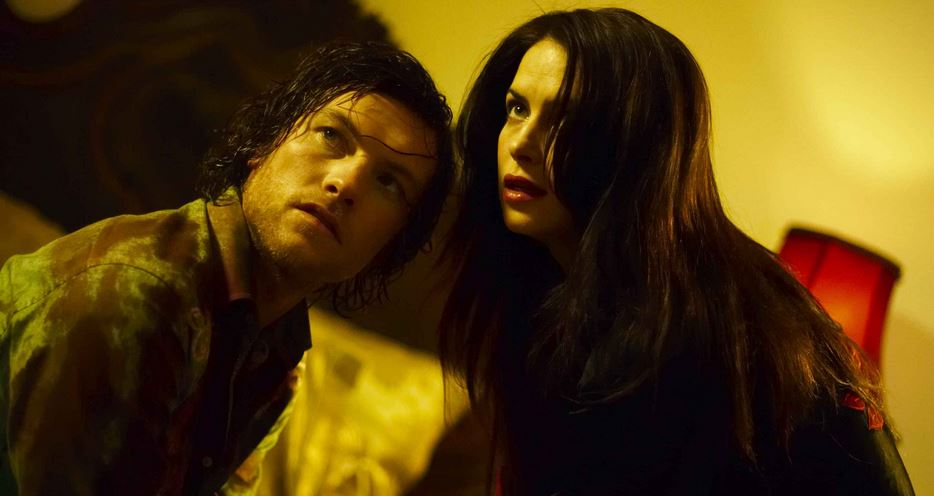 Macbeth (Sam Worthington) wins the respect of Melbourne mob boss Duncan (Gary Sweet), who starts to trust him and bestow power on him.
This is in line with a prophecy he receives from three witches, who tell him about the great power that awaits him.
Excited by the prophecy, Macbeth’s wife (Victoria Hill) lets the taste of power go to her head and persuades her husband to kill Duncan in the hope of taking his crown – or at least, taking over the gang.
Things initially go to plan – but soon Lady Macbeth starts to have a breakdown, unable to cope with the plot they’ve seen through.
Her behaviour tips off fellow gang-member Macduff (Lachy Hulme), who begins to suspect Macbeth’s involvement in Duncan’s untimely death.
The only way to cover his tracks is to keep on killing – but he can’t go on killing forever…

Australian director Geoffrey Wright transposes Shakespeare’s familiar Macbeth through time and space until it ends up in the modern-day Melbourne drug world.
Some interesting creative choices had to be made to get here – not all of them successful. In some areas, it strays from the original text (I’m no expert, but swapping the Scottish throne for the Australian underworld?) but in others (such as the Shakespearean language) it remains, perhaps, too faithful.
It’s almost as if the film-makers couldn’t quite decide whether to modernise and update the traditional story or not, so they went for a slightly uncomfortable compromise.
Shakespeare clearly had some nice turns of phrase, but I’m not sure that they’re well served by being delivered by a bunch of unknown Australian actors, playing hard-men.
Using the original language also makes it somewhat difficult to bring the characters to life – although they were modern-day gangsters and lived in contemporary houses, wore contemporary clothes and drove contemporary cars (not the first time this story has got this treatment), it’s very difficult to identify with someone who speaks with Shakespeare’s idiosyncratic and archaic linguistic constructions, in a modern setting.
Worthington’s Macbeth was one of the few characters to come close to being convincing.
And if you’re not used to the language, it takes a lot of concentration to keep across what’s going on, so having camerawork that’s this frenetic doesn’t help. Indeed, if a film isn’t exciting enough, wobbling the camera about to the point where you can’t see what’s going on is not an acceptable solution to this.
That said, if you’re comfortable with the language and you’re already familiar with the story, you can get pleasure from the production design – although to pick that up as one of the film’s stronger points is perhaps almost patronising.
It’s not clear what the film-makers were trying to achieve and who they were aiming this at. Traditionalists might be put off by the change of period, location, situation and the general hip presentation, but younger viewers who might prefer to watch a film about modern-day Australian gangsters to a tragedy about medieval Scotland might find the language and stilted stagey performances a little hard to come to terms with.
The film is a rather uncomfortable mixed-bag of visual and aural ideas, which, while interesting on their own, don’t particularly sit too well together as a whole.