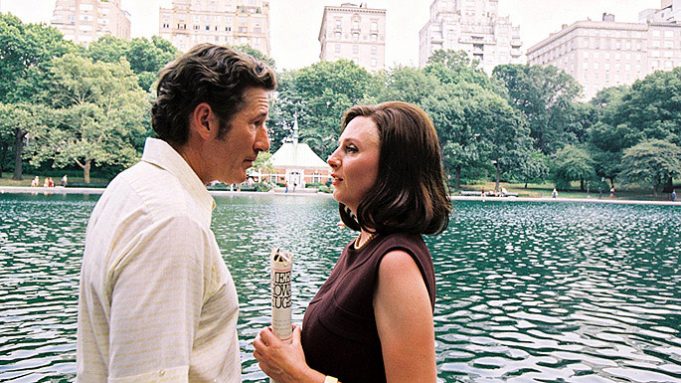 When writer Clifford Irving (Richard Gere) gets a publishing deal ripped away from him at the last minute, he’s determined to offer his publishers something they can’t refuse.

He comes up with an unbeatable idea – an official biography of the reclusive billionaire Howard Hughes.

His best friend Dick (Alfred Molina) is sceptical about this idea – Clifford’s never met the guy, after all.

But Clifford’s confident he can pull of the biggest hoax in publishing, safe in the knowledge that Hughes is such an eccentric, he won’t raise his head above the parapet to tell anyone it’s a scam.

The publisher is hooked. A magazine comes on board. The money starts flowing. But then the pressure intensifies. The money-men start to demand concrete evidence – and Hughes’ men turn up, but not to stop him peddling his lies – they have far more sinister motives.

This latest Hollywood scam movie doesn’t have the lightness of touch of genre companion-pieces such as Catch Me If You Can, making it a little harder to identify with the main character. Everything from his extra-marital affair to his mindless craving for fame and fortune paint Clifford Irving as the kind of person you’d probably want to steer clear of in a bar.

But Richard Gere manages to keep you with him – partly because you feel for the guy who’s been messed around by the big bucks of big business – and partly because Alfred Molina’s sweating sidekick keeps dragging the pair into terrible trouble.

It’s interesting to see the way the tension is ratcheted up as the two of them get deeper and deeper into their deceit.

But there comes a time when the film kicks into a different gear: when the Howard Hughes Heavies descend on Irving in the middle of the night and fly him off for a secret meeting, the reality – or at least Irving’s reality – starts to be thrown into doubt.

By the end of the film, it’s unclear how much of the intricacy of the plot he imagined. Had pretending to be Hughes made Irving as paranoid as his supposed subject?

If the film – or at least Irving’s own telling of his own story – is to be believed, the intervention of Hughes sparked the Watergate scandal which brought down President Nixon.

Was Irving really such a key figure in American history, or was his own autobiography his biggest hoax?