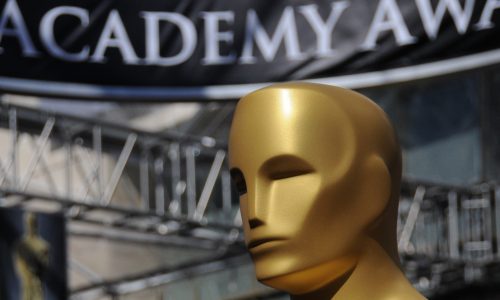 The Oscars will be held without a host, for the first time since an experimental show back in 1989. The Academy of Motion Picture Arts and Sciences has decided not to hire a replacement for the comedian Kevin Hart, who stepped aside in a row over historic homophobic comments.

In recent years, viewing figures for the Academy Awards ceremony have been in decline and the organisers had been hoping for a high profile host to draw in audiences and make the show relevant to younger people.

In early December, they hired the comedian Kevin Hart – but within hours, people on social media were circulating comments he made, a decade earlier, including a stand-up routine in which he said one of his biggest fears was his son growing up to be gay.

Days later, Hart gave up hosting duties, saying he didn’t want to be a distraction, and apologised to the gay community for what he called the insensitive words form his past.

There’s been speculation in recent weeks about whether the Academy might persuade Hart to return – or whether someone else could be found – but an executive from America’s ABC TV network – which broadcasts the ceremony – has confirmed that this year’s event will now be hosted by a string of individual awards presenters, as happened in 1989. Karey Burke, ABC’s President of Entertainment, said the organisers had “decided wisely to not have a host and go back to having the presenters and the movies being the stars.”

The most prominent role of the Oscars host is the opening monologue, which is known for poking fun at the industry and its leading figures – often picking them out in the audience – as well as making reference to current political events. Some previous hosts, such as Billy Crystal, were famed for parodying the nominated films in an opening montage. Burke insisted that there were plans for “a pretty exciting opening” to the show.

She also noted that she saw the recent speculation about who might host the ceremony as an encouraging sign that the Oscars were still relevant, after all.  “I have found that the lack of clarity around the Oscars has kept the Oscars in the conversation and that the mystery has been really compelling. People really care,” she said.