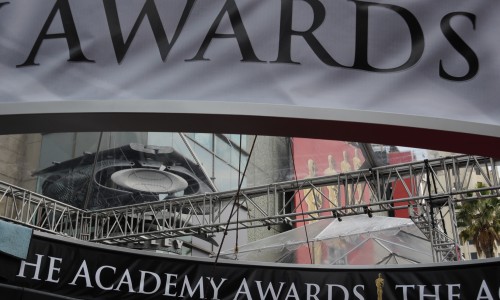 The Academy of Motion Pictures Arts and Sciences, mired in a row over all-white nominees in the acting categories at the Oscars for a second year running, has announced planned changes to its membership to try to increase the chance of black actors securing nominations in the future.

The Academy currently has a membership of about six thousand and a recent study found that about 93% of those members were white and about three quarters were men. Most new members each year – in the region of three hundred – are nominated by existing members or come from the ranks of the Oscar nominees, both of which are seen to perpetuate an imblance in the demographic of the organisation.

So the Academy has announced that it will “double the number of women and diverse members” by 2020 and restrict the voting rights of some members; anyone who’s been inactive in the industry for ten years, will no longer be able to vote, unless they’ve been nominated for an Academy Awards or served three ten-year terms as a member. The affirmative action will come through what the Academy calls “an ambitious, global campaign to identify and recruit qualified new members who represent greater diversity.” There will also be more governors added to the board and extra members added to the executive and committees.

The campaign for greater representation of black film-makers was given greater impetus last week when the director Spike Lee announced that he’d be boycotting what he called this year’s “lily white” event. Soon afterwards, the actress Jada Pinkett Smith – whose husband Will Smith had just missed out on a nomination for the upcoming Concussion – followed suit. A slew of black stars, including the British actors Idris Elba – who received Golden Globe and BAFTA nominations for Beasts of No Nation, and David Oyelowo – who wasn’t nominated for playing Martin Luther King in last year’s Selma, added their voices to the protests.

But some industry insiders don’t believe there’s an inherent unfairness in the Academy. John Singleton, the first black man nominated for Best Director,  says the nominees depend less on race than on what films are made in any particular year. “There’s only so many slots,” he told the industry magazine Variety.

As if to illustrate that fact, the year before the current two year drought, 12 Years a Slave produced nominations for Chiwetel Ejiofor and Lupita Nyoung’o, with Barkhad Abdi being nominated for Captain Phillips in the same year, while films such as Precious and The Help also received multiple acting nominations, and stars including Morgan Freeman, Denzel Washington and Jamie Foxx have also received multiple nominations themselves, many of them successful. George Clooney, in fact, has remarked that ten years ago, “the Academy was doing a much better job,” but no-one is arguing that the make-up of the Academy’s membership was more diverse at the time of the production of such films as Ray (Jamie Foxx won), Dreamgirls (Jennifer Hudson won and Eddie Murphy nominated), Blood Diamond (Djimon Honsou nominated), Million Dollar Baby and Invictus (Morgan Freeman nominated), Flight (Denzel Washington nominated), The Last King of Scotland (Forest Whitaker won), Hotel Rwanda, the Pursuit of Happyness (Will Smith nominated), among others. In line with some other arguments, it is perhaps studio bosses back then who were being more diverse in the choices of films they green-lit, providing the Academy membership with a broader choice.

The veteran actor Sir Michael Caine told Radio 4’s Today programme “You can’t vote for an actor because he’s black – and you can’t just say ‘I’m going to vote for him, he’s not very good, but he’s black, I’ll vote for him.’ You have got to give a good performance.”

The Daily Mail’s long-time entertainment journalist Baz Bamigboye said “The simple fact is that the Oscars must celebrate and honour the best. And I’m afraid, in my view, the movies this year with black actors and black film-makers aren’t of that high quality.”

Will Smith was nominated for a Golden Globe, although the Globe organisers, the HFPA, have thirty acting nominees, rather than twenty, and they also have a reputation for favouring big stars who will draw attention to their ceremony. While Idris Elba received nominations for both the Globes and the BAFTAs, although the British Academy does have a tendancy to support British talent. And while Creed and Straight Outta Compton did receive Oscar nominations, they were for the white actor Sylvester Stallone and the white screen-writers, respectively. But it could be argued that it is because Stallone and Compton’s writers found themselves to be in less competitive categories or simply to be more deserving this year. 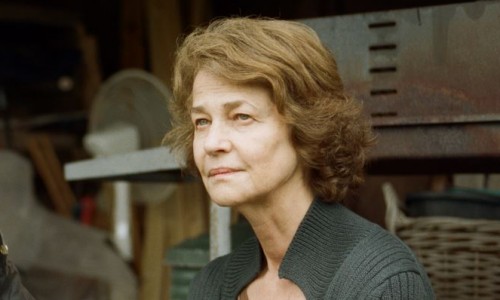 But the most controversial of those speaking out against the boycott is the 69 year old British actress Charlotte Rampling who, this year, is celebrating her first Oscar nomination for 45 Years, having been snubbed by BAFTA. In an interview with the French Europe 1 radio station, Rampling said she saw the boycott as racism towards whites. “Why classify people?” she asked, suggesting “We living in countries where everyone is more or less accepted.” If people insisted on classifying everyone, she concluded, there would be “thousands of little minorities everywhere.” But after a backlash – including the TV personality Piers Morgan saying that she’d “lost her marbles” – she clarrified in a statement to America’s CBS network that her comments had been misinterpreted and she was saying only that every performance should be given equal opportunity for consideration.

Coverage in the British press is a useful indicator of deeply engrained positions in the argument, as The Independent captioned a photograph of Rampling on its front page “Academy Awards race row: it’s white people who are the victims,” suggesting that she had claimed that white people were the victims of racism, rather than of any affirmative action that might follow. The Daily Express appears to take a contrary view, saying that Charlotte Rampling “launched a furious attack on black actors who demand special treatment in Hollywood.”

The Academy’s new voting restrictions won’t come into force until next year’s Oscars and the efforts to increase the number of women and minority ethnic members won’t be complete until 2020, so it will be some time before there’s any indication of whether this row will lead to a system that is fairer or artistically uneven in its efforts to appear fair.

Although it didn’t include Martin Luther King Junior’s most famous speech, last year’s Oscar-nominated Selma reminded many of the arguments of America’s civil rights movement. “I have a dream that my four little children will one day live in a nation where they will not be judged by the colour of their skin but by the content of their character,” he implored. If the Academy’s actions, under pressure from Dr King’s “children” results in more black actors being nominated than in the years before the current drought, will they have to ask themselves whether they were judged by the colour of their skin? Is Martin Luther King’s dream over?