It’s been a turbulent few years for the film industry, with the Oscars So White controversy – when all twenty acting nominees were white for two years in a row, accompanied by concerns about a lack of women directing big budget movies, followed by the Me Too sexual abuse scandal and now the Covid crisis has brought both production and cinema exhibition to a standstill in Hollywood itself.

The Academy of Motion Picture Arts and Sciences – the body behind the Oscars – has been taking steps to try to alleviate concerns where it can, succeeding in making its own membership more reflective of the American cinema-going public, by increasing the proportion of new members coming from under-represented communities, which it regards as women and people from ethnic minority backgrounds.

Its latest – and perhaps most controversial – move, announced this week, is to disqualify any film from eligibility for its top award – the Best Picture Oscar – unless it meets two of its new diversity standards, from its 2025 ceremony.

In a statement, the Academy’s president and CEO said “The aperture must widen to reflect our diverse global population in both the creation of motion pictures and in the audiences who connect with them.” They continued, “We believe these inclusion standards will be a catalyst for long-lasting, essential change in our industry.”

To confuse matters slightly, in some categories, under-represented refers to gender or ethnic background, while in others, disabilities and sexual orientation are also included.

While the measures have been broadly welcomed by the more liberal elements in Hollywood, there has been some push-back from the less prevalent conservative voices; the Cheers and Look Who’s Talking actress Kirstey Alley tweeted “Can you imagine telling Picasso what had to be” in his paintings and she called the move “disgrace to artists everywhere.”

But while critics have expressed concern that the creative process will be influenced by evolving social attitudes, which might have disqualified what are currently regarded as among the best films ever made, research by the Washington Post newspaper suggests that taking just the on-and-off screen criteria into account, nearly quarters of the past fifteen Best Picture winners would have qualified under the new criteria. 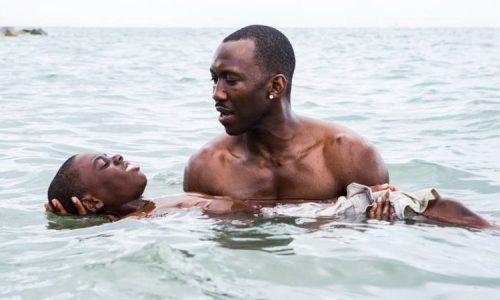 Films such as Moonlight, about a gay black character, written and directed by a black man, would immediately qualify. But the Coen brothers No Country For Old Men and Martin Scorsese’s The Departed would have found it difficult to comply with the new criteria. The Washington Post suggests that Spotlight would have qualified largely because it’s about the victims of sexual abuse – a group which could be classed as under-represented among film subjects. Even a film like Green Book, which was about the struggle of a black pianist in the southern states when segregation was in force, met the criteria only because its composer was black, according to the paper.

But while elements of the eligibility might find themselves up for debate – would the lead character of Argo count, as he was part Mexican, but played by Ben Affleck – there is also the prospect of legal challenges to the idea, because American law does not allow quotas for positive discrimination.

Producers might find that films about white men could still qualify if they hire talent from the groups in question to lead one or two departments on set and by taking on interns and trainees from under-represented groups; such choices could secure eligibility without changing what appears on screen. And with training being one of the four standards, perhaps that’s the backdoor benefit of the system; it’s less about changing the films that are made and more about changing the people who’ll be making films for future generations.

It could be argued that if behind the scenes appointments can satisfy the criteria and most recent nominated films would be eligible anyway, is there even any need for the new diversity standards, particularly since the voting body itself is now far more diverse in its membership than it ever was. But if, at the very least, they make producers stop and think, perhaps that’s the nudge the film industry needs.

The conclusion has to be that there’ll be little immediate change to the films in the running, but check back in a few years time and you might just notice some subtle changes from new talent that emerges from the training opportunities that are used by old Hollywood to tick the boxes that allow it to carry on its domination in the meantime.