The Academy of Motion Picture Arts and Sciences has announced the first eleven awards presenters and performers to be joining the host, comedian Chris Rock, on stage at next month’s Oscars ceremony. 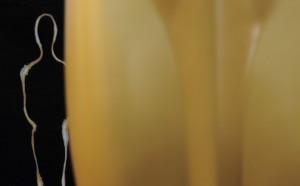 Against the backdrop of the row over black stars boycotting the event, because of a lack of non-white acting nominations for the second year in a row, the list includes two black actors, two black singers and a hispanic actor.

Two former Oscar winners, Benicio Del Toro and Whoopi Goldberg, will be taking part in the show, as will one of the stars of the recent Box Office hit Ride Along 2, Kevin Hart. The singers Pharrell Williams and The Weeknd will also be involved, the latter being nominated for the song “Earned It,” which earned Fifty Shades of Grey unexpected Oscar recognition.

The white participants in the awards show named so far are the former Golden Globes host Tina Fey, The Big Short star Ryan Gosling, the Bond theme singer Sam Smith, the boy from Room Jacob Tremblay, the actress Charlize Theron and singer-turned-actress Lady Gaga, who’ll be singing her Oscar-nominated song “Til it Happens to You” from The Hunting Ground.

The producers of the Oscar show David Hill and Reginald Hudlin said “Each of these artists brings a wonderfully distinctive element to the Oscars stage. Together they represent the many thrilling ways stories can be shared about the human experience, and we’re honored they will be part of the celebration.”

As the industry waits to see who else is added to the list, Hudlin, who’s black, and Hill will be hoping that having a black host and several non-white presenters and performers, they can calm the race row without being confronted with accusations of tokenism.