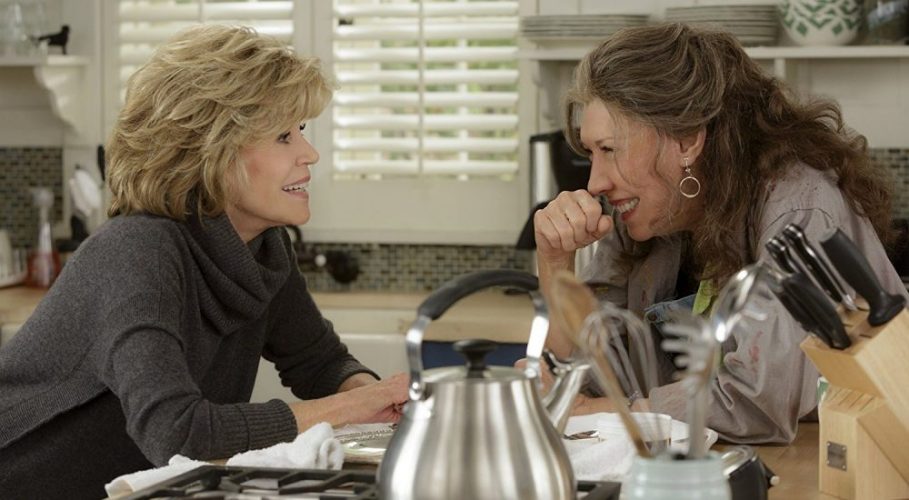 The comedy-drama, which has been renewed for its fifth season, is written by Friends’ Marta Kauffman and features iconic American actresses Jane Fonda and Lily Tomlin, who last starred together in the 1980s comedy Nine to Five.

As two improbable friends, Grace and Frankie – one a retired cosmetics executive and the other a hippie art teacher, they’re brought together when their husbands (Martin Sheen and Sam Waterston) announce they are gay and in love with each other.

What ensues is a series of emotional adjustments by both women, who are left to navigate their bumpy lives with their children, new romantic interests, married ex-husbands and each other.

There have been so many memorable moments in this Netflix Original, which premiered in May 2015 and has consistently delivered a balance of both humorous and vulnerable moments.

Between their anxieties related to growing older and the sardonic quips passed back and forth between them, Grace & Frankie seem to find humour in the harrowing moments, and because of that, we do too.

Whether it’s Grace while under the influence, driving a mobility scooter into a police car, or Frankie getting lost to the point of ending up at the US-Mexico border while driving with her infant granddaughter in the backseat, the show is full of laughs as much as real moments of introspection.

At one point, when the two women end up in an assisted-living facility, partly because it seems like they can no longer maintain the beach house they’ve bonded over, finding humour in the stressful times is knocked up another notch.

But perhaps the most memorable scene of the Netflix original is between Grace and her younger boyfriend Nick (played by Peter Gallagher) when exasperated by a knee injury and other symptoms of ageing, she tries to squirm out of the relationship by unveiling her “real” face, less fake eyelashes and make-up. What results is Gallagher embracing her, saying “I’ll take it” and a moment of authenticity that melts the heartstrings like no other.

In the end, “Grace & Frankie” is very much about new beginnings and as the viewer, watching these two women circumvent them calms our own nerves about change and the evolving relationships with those we love.