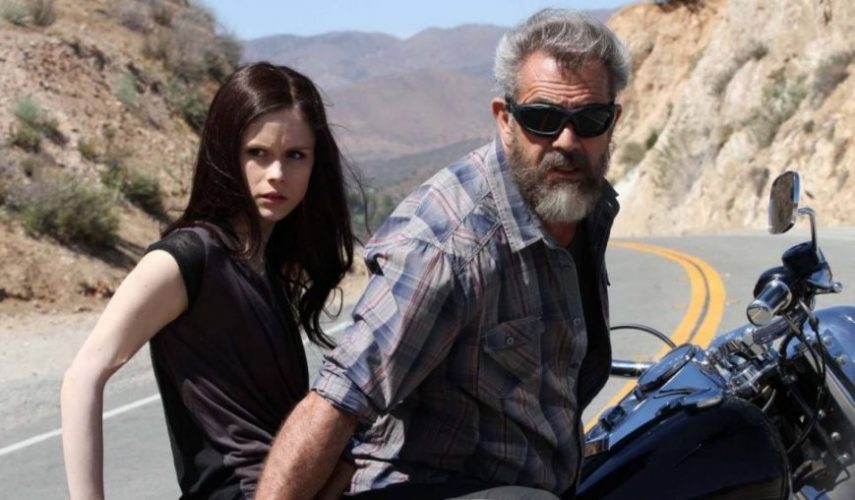 Link (Mel Gibson) is an ex-con on parole and a recovering-alcoholic, living on a remote dessert caravan park in southern California, trying to keep off the booze and out of trouble – and out of jail.

It’s been a while since his tearaway teenaged daughter Lydia (Erin Moriarty) ran away from home with her mother, when suddenly, she gets in touch with Link. He’s delighted – until he realises why.

She’s fallen in with the wrong crowd – some ruthless Mexican drug dealers, led by Jonah (Diego Luna). And even worse, she’s fallen out with that crowd – and now they’ll stop at nothing to catch her.

Link has to put his freedom – and his sobriety – on the line to try to save his estranged daughter from the gangsters.

Blood Father lurches from one cliche to the next at a perfectly satisfactory pace but it just feels like you’ve seen it all before and there’s almost not a fresh beat. And almost without exception, every character comes from central casting – Link’s AA sponsor (William H Macy) is just the kindest, sweetest man ever to point a sawn-off shotgun, while Diego Luna’s Jonah is as resourceful as he is ruthless. And most of the thugs have been to baddie-shooting-school; the highly trained gangsters seem to have been highly trained in everything except shooting at a good guy. Except where the plot requires.

A bushy-bearded Mel Gibson is likeable enough as the father of the title but too little of what he does feels right and there are a number of sequences that are built up as if to be significant narratively, but turn out to be damp squibs that could be removed entirely without affecting the plot at all.

Peculiarly, it took a while to work out when the film was set, since for the first half of the film, everyone seems to be using telephone land-lines – and even public payphones – but mid-way through, we realise that they’ve actually all got iPhones.

As a brainless cat-and-mouse crime thriller, Blood Father would deliver perfectly acceptable Sunday afternoon TV entertainment, while you’re doing the ironing or building an IKEA cabinet, but quite what it was doing as part of the official Cannes selection this year, goodness knows.