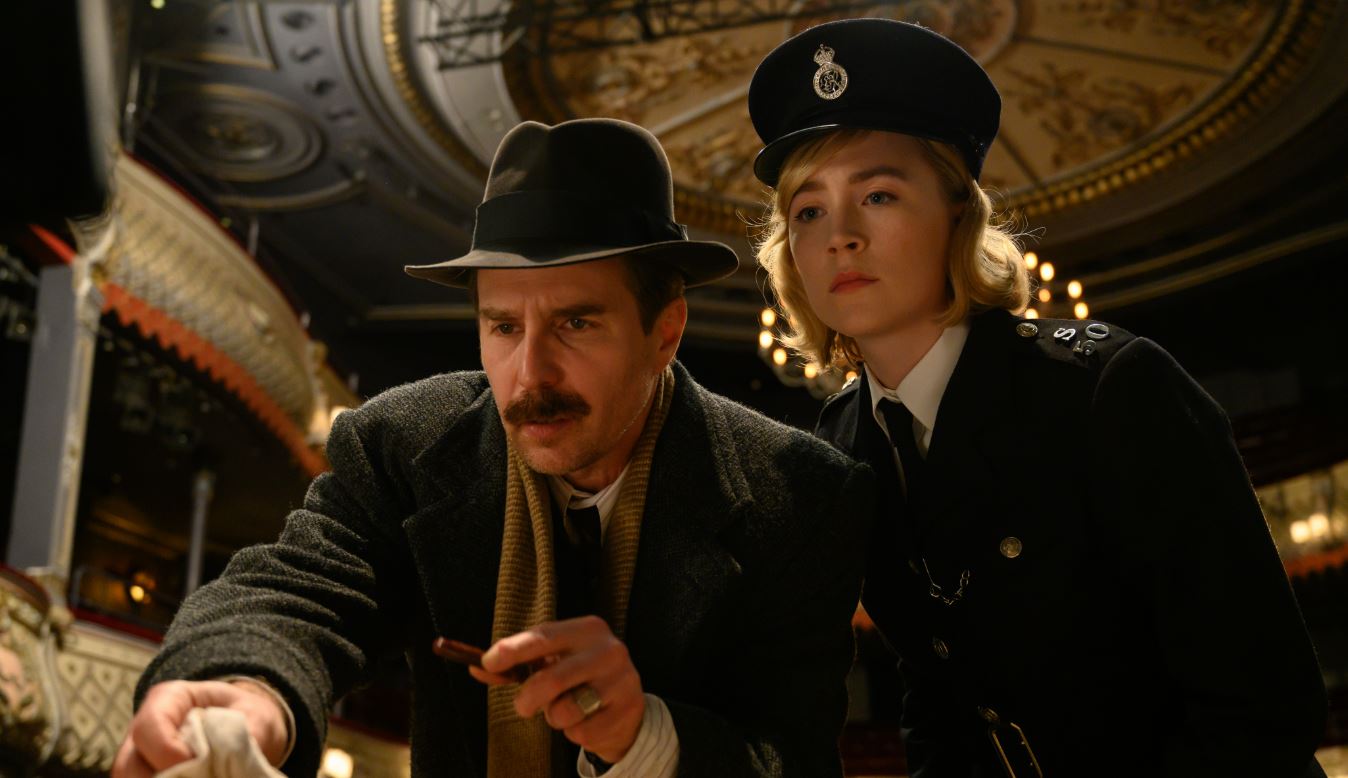 In 1950s London, the cast and crew of the West End production of Agatha Christie’s celebrated whodunnit, The Mousetrap, are celebrating its 100th performance.

The only person who’s not celebrating is John Woolf (Reece Shearsmith), a film producer whose contract to adapt the play for the big screen requires it to have ended its run on stage.

The American director he’s hired to work on the film, Leo Köpernick (Adrien Brody), is ruffling some feathers at the after-party, getting into a fight with the star of the play, Richard Attenborough (Harris Dickinson), after flirting with his wife (Pearl Chanda).

When Köpernick is found dead on the stage, the Commissioner of the Metropolitan Police (Tim Key) assigns the ambitious young Constable Stalker (Saoirse Ronan) to help Inspector Stoppard (Sam Rockwell) investigate the murder.

They discover that Köpernick had plenty of other enemies, including the screenwriter Mervyn Cocker-Norris (David Oyelowo), who has a more traditional vision for the film adaptation, Mervyn’s lover Gio (Jacob Fortune-Lloyd) and Petula Spencer (Ruth Wilson), the producer of the stage play.

By a remarkable quirk of fate, all the possible suspects in Köpernick’s murder find themselves in the same place at the same time, as the detective determines to reveal the killer – who’s preparing to reveal the backstory that provides the motive; as real-life turns out to be even more like an Agatha Christie plot than her own play.

See How They Run presents itself as a whodunnit; at the press screening, the director Tom George even asked reviewers not to reveal the identity of the killer. Of course I won’t, but this isn’t really a whodunnit, but a parody of a whodunnit – an affectionate homage to Agatha Christie, employing one of her own mysteries as the backdrop to its own.

It’s not truly trying to be a recreation of 1950s London, but presenting an exaggerated, theatrical portrayal of police, thespians and impresarios.

It becomes a sometimes uncomfortable blend of comic incompetence, verging on bumbling farce, and vengeful ruthlessness – settling down as a gently comic mystery, whose success depends largely on how you feel about Sam Rockwell’s Inspector and Saoirse Ronan’s sidekick.

One difficulty is the unevenness of Ronan’s character – one minute she’s a fearlessly ambitious candidate for Sergeant, coming up with better theories than her mentor, the next she’s failing to adhere to the one rule he tries to impose on her; “Don’t jump to conclusions!”

Rockwell’s exasperated eye-rolling is one of the more successful elements of the film, as he plods through the plot, ticking off cliche after cliche on his way to the Hercule Poirot-style finale.

Perhaps the most entertaining character on screen is Tim Key’s police commissioner, whose dry delivery recalls his best-known turn as Alan Partridge’s sidekick, although it does often feel a little shoe-horned into this plot, when it needs a bit of a boost.

The self-referential meta subtext will either have you nodding with recognition or grinding your teeth with frustration – as a film-maker mocks the notion of using a flashback or a “three weeks later” caption, before Tom George does just that.

It’s one of those films where everyone involved seems to be having probably more fun than those watching it, but if you treat it as an knowing, affectionate parody, rather than a serious murder mystery, there’s some charming fun to be had – but it certainly won’t run and run, like The Mousetrap – which seven decades later, is still drawing in audiences.