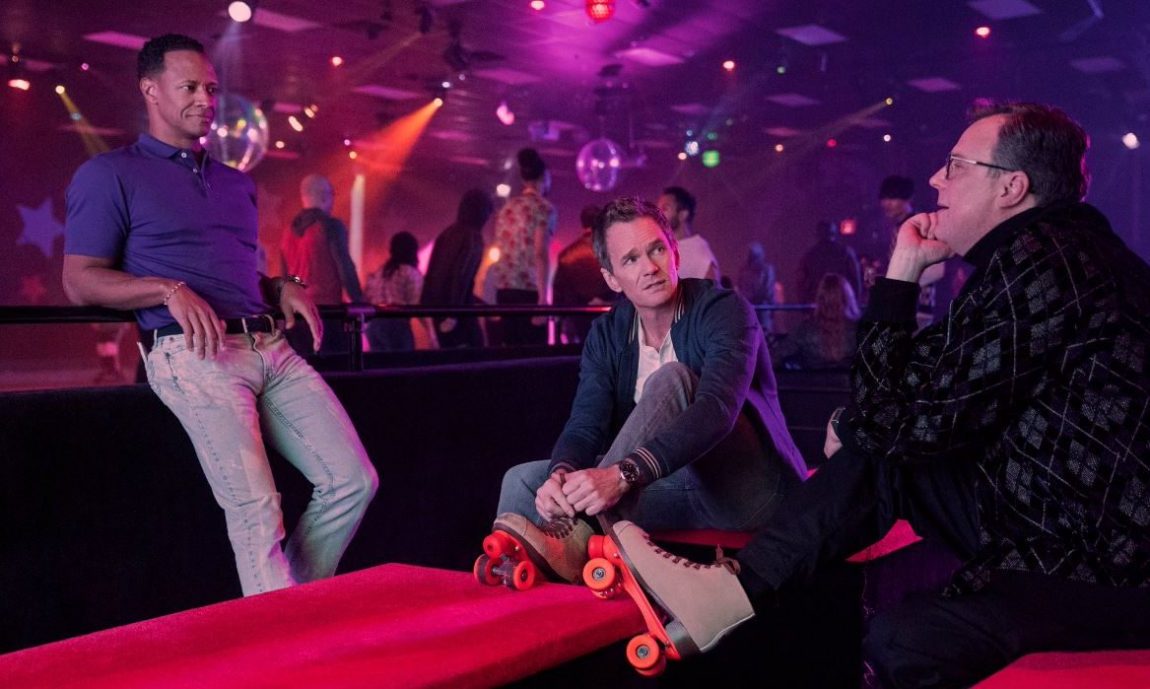 Michael (Neil Patrick Harris) has it all. A fantastic job as an estate agent in New York City, a group of loyal friends and the perfect apartment that he shares with his boyfriend of seventeen years, Colin (Tuc Watkins).

But when Colin unexpectedly breaks up with him at the 50th birthday party Michael has surprised him with, his life is thrown into turmoil.

How does a 40-something gay guy get over a shocking, inexplicable break-up – how long before he can get back into the dating game – and does he still have what it takes to find happiness?

After unravelling the New York dating game in Sex And The City, that show’s creator, Darren Star, has teamed up with another successful producer, Frasier and Modern Family’s Jeffrey Richman, to deliver a series which could almost be called Gay Sex And The City.

With New York once again the backdrop to a collection of broken relationships and unsatisfactory love lives, if you swap Sarah Jessica Parker’s writer for Neil Patrick Harris’ estate agent and her gang of four friends for his gang of three, you just have to add the Grindr dating app to bring it into the 21st Century and you have much the same show. Michael even has a straight female colleague, to fill the place of Carrie’s gay male friend, Stanford.

The central character tries to get over a lost love and takes advice from his friends as to how to move on – we see a few dates – but do they make him happy? Does each experience teach him more about relationships? Or what he’s really looking for?

Uncoupled is clearly aimed at gay audiences, but in the same way that gay viewers have had to put up with the likes of Sex And The City for years, you might think that this is the gay community’s opportunity to put straight people right on their prejudices.

However, it plays into almost every gay trope already propagated by Hollywood; the gay central character largely hangs around in a gang of all gay men and the only neighbour he speaks to is a camp, older gay man; all they talk about is hooking up; the way meet new men is by sending them “dick pics” on Grindr; his sidekicks include the confident Billy (Emerson Brooks) – a TV presenter who uses his celebrity to attract a succession of younger men – and the insecure Stanley (Brooks Ashmanskas) – a gallery owner, overweight enough to find it hard to attract anyone at all. Then there’s the bitchy queen Tyler (Nic Rouleau) who’s as likely to be trying to steal Michael’s boyfriends as he is Michael’s clients.

There are two women in the main cast – his flamboyant colleague Suzanne (Tisha Campbell) and a wealthy client Claire (Marcia Gay Harden) who – conveniently – has just been dumped by her husband, giving Michael a way to hook her in.

The eight half-hour episodes are peppered with insightful relationship observations that will resonate with straight and gay people alike – such as when is it OK to fart in front of your partner and whether you have to take a date to a wedding that your ex will be attending. But the mood is uneven – one minute, Michael is hooking up with man he’s literally bumped into on the skating rink – another, he’s sliding down a ski-slope as he’s trying to flirt with an old paramour – or falling flat on his face after being sick in a hot-tub – but then the slapstick is thrown out of the window as a character is diagnosed with cancer.

There are misunderstandings galore as one familiar storyline unrolls after another, with many lacking logic as they play out for a single episode, never to be heard of again.

At its heart, Neil Patrick Harris is a likeable enough protagonist and Brooks Ashmanskas stands out among the supporting cast, as affable as he is vulnerable. But too many of the other characters feel like the kind of gay archetypes you’d think a high profile Netflix show might want to eschew – unless stereotypes really are stereotypes for a reason.

It will be refreshing for gay audiences to see themselves on screen in a slick Hollywood sitcom but it won’t tell straight audiences much that they don’t already know – or think they know. It’s broadly entertaining, but in many senses, as shallow as the casual sex it portrays.

While other shows – such as Will & Grace – proudly place prominent gay characters alongside straight people to appeal to a wide audience, Star, Richman, Harris and their largely gay supporting cast seem to have decided it’s time to portray the world they inhabit and don’t care whether visitors feel welcome or alienated. It’s like they’re loosening their belts and proudly announcing, “It’s our turn now!”