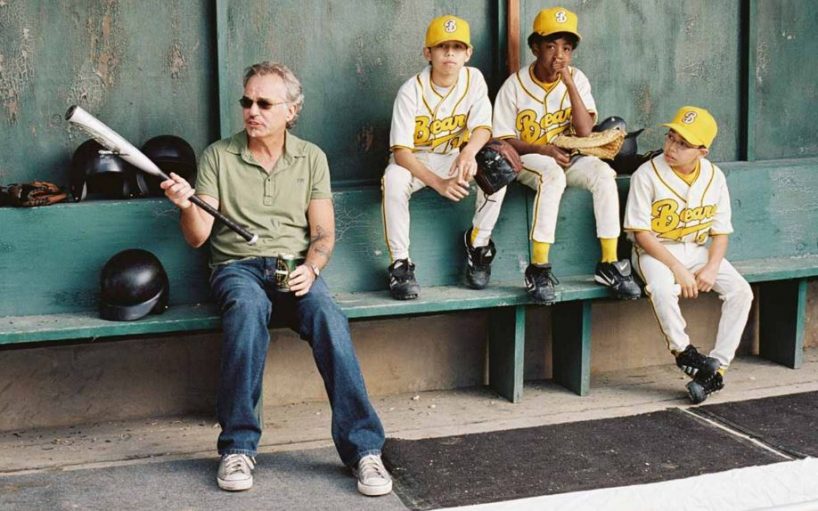 Buttermaker has to find a way to get them into a championship against their hated rivals, The Yankees, and their overbearing coach (Greg Kinnear).

This is a remake of the 1976 film of the same name starring Walter Matthau and apparently bears very little difference to the original as they were both written by the same man, Bill Lancaster.

Whereas Matthau played Buttermaker as a grumpy old man, Billy Bob Thornton plays him as a slightly toned down Bad Santa – it is a kid’s film after all.

Thornton steals the show, giving another outrageous and hysterical performance this time as a womanizing, foul mouthed drunk of a coach, who detests children.

The kids, unknowns and non-actors, give as good as they get, giving Thornton a run for his money.

Most of the laughs come from the way Buttermaker treats his team – getting them to make him martinis with olives, taking them to a bar/restaurant called Hooters where the waitresses are well endowed and giving the young team the following sort of advice: “Baseball doesn’t love you back – it’s like dating a German chick!”

It’s a jawdroppingly funny comedy which will keep both kids and adults entertained.