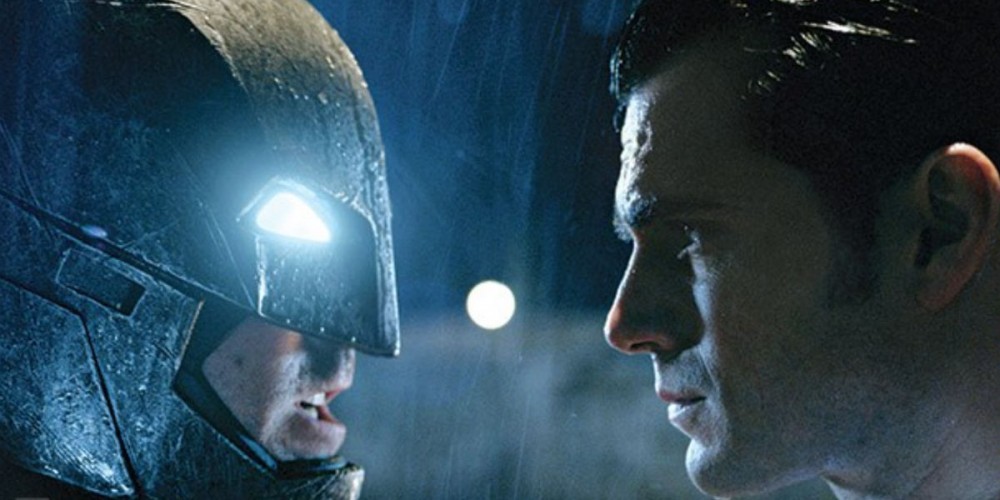 It’s a year and a half since Superman (Henry Cavill) saved the planet from an invasion, led by his fellow Kryptonian General Zod, causing a fair amount of destruction in the process. One of the many buildings toppled was part of the empire owned by the billionaire Bruce Wayne (Ben Affleck), who’s taken against the Man of Steel as a result.

For the uninitiated, Bruce Wayne spends most of his nights, dressed in an armour-plated bat-suit, trying to rid Gotham of petty criminals, but the Batman’s latest tactic against sex offenders has been turning the media against him.

Many in the media are also doubting whether Superman is a force for good or evil, as there seems to be an increasing amount of collateral damage, every time he tries to help someone in his home town of Metropolis.

Against this back-drop, a young billionaire technical whiz-kid, Alexander (or Lex) Luthor (Jesse Eisenberg) is using his late father’s fortune to develop a variety of weapons, with the express purpose of bringing down Superman.

But as Bruce Wayne’s hatred – and fear – of Superman grows, his determination to rid the world of someone he perceives as a threat rivals that of Lex Luthor, prompting the super-villain to encourage the heroes of the neighbouring cities to fight each other to the death.

If Marvel and DC comics were fighting each other to the death, Marvel would emerge not just victorious, but without a scratch, if this super-hero mash-up is anything to go by.

As Marvel has been successfully bringing together its heroes – Iron Man, the Hulk, Thor and Captain America, among others – from their own individual films into the collective Avengers franchise, DC has clearly been chomping at the bit to follow suit.

But where Marvel’s colourful superhero club includes light and shade, thrills, humour and banter, DC’s heroes in particular – and the universe they inhabit more generally – are dark and largely charmless.

It’s always brave to try to reinvent a much-loved comic canon and doing this twice in the same film is particularly daring, but it’s also particularly confusing for viewers who have only recently seen many of the same characters acting completely differently.

One of the most peculiar things about this film is the fact that the Superman elements are totally familiar – Henry Cavill, Amy Adams, Laurence Fishburne, Diane Lane and Kevin Costner all reprise their roles from Zack Snyder’s Man of Steel – but nothing from Christopher Nolan’s Batman series has been preserved, even though Nolan and his producing and writing team are involved. But not only is there a new actor in the bat-suit, but his trusty butler Alfred (Jeremy Irons) has become a blend of Nolan’s butler (Michael Caine) and technical guru (Morgan Freeman). And somehow, the darkness and depth of Nolan’s trilogy has become miserablist nihilism.

Despite the film’s two and a half hour running time, you’ll emerge feeling that you haven’t really seen very much of your favourite super heroes being super – at least you don’t see much crime-fighting going on, and that’s what most audiences will want from a super hero movie. We want to see heroes saving people – not fighting each other, because of a premise that doesn’t stand up to scrutiny. Anyone who’s seen previous Batman films will know that Bruce Wayne’s mission to rid the streets of criminals is driven by a need to avenge the murder of his parents when he was a child. It’s simply not plausible that a man of his intelligence would jump to the conclusion that Superman is so evil that he must be destroyed to protect the planet, without doing a little research first. And even if Wayne does believe Superman poses a risk to mankind, viewers know otherwise, which makes the film’s central conceit impossible to accept.

Then there’s the addition of a so-called super-villain Lex Luthor – a fidgety, tick-ridden Jesse Eisenberg, whose wealthy background, penchant for expensive and dangerous gadgets and inexplicable hatred of Superman make him almost indistringuishable from buffed-up Ben Affleck’s Batman on paper. And if Batman really was so dead set on destroying Superman, why didn’t he just team up with Luthor?

None of it really makes sense, but a super-hero movie always has the get-out clause that it doesn’t necessarily need to – it just needs to inspire awe in the audience, but this can’t even do that. There are few effects that we’ve never seen before. The fight scenes are balletic without being elegant. And after far too many incarnations of Batman outfits in recent years, Affleck has two to choose from: one looks like a home-made fancy-dress costume and the other makes him look more like an evil Iron Man.

Portentous flashbacks, incoherent dream sequences and gratuitous introductions to characters who are sure to appear in sequels only add to an over-complicated narrative that ties itself in knots, serving only to alienate the audiences as it tries to dazzle. As Bruce Wayne turns to one of his newfound associates towards the end of the film and remarks that they need to find “the others like you,” the audience will groan “please, no!” If this is the Dawn of Justice – I’m not sure that I want justice.

The only crumb of comfort is that now that Batman and Superman have got their little tiff out of their systems, the certain sequels should at least present us with heroes fighting villains, rather than each other.