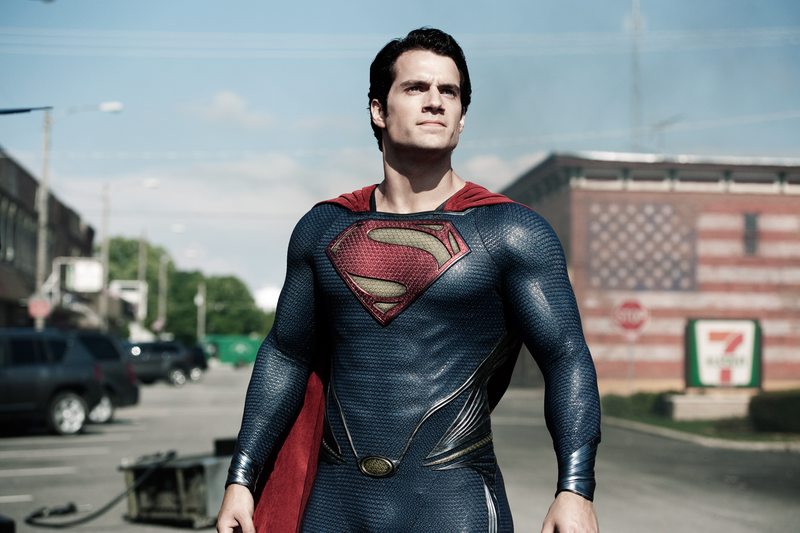 The planet of Krypton has been mined to the point that it can no longer sustain life. The ruling council is not convinced by Jor-El’s (Russell Crow) warning that the only way to save their race is to populate new worlds, so he sends his newborn son Kal-El to the most suitable planet he’s identified, the Earth.

Found and adopted by Kansas farmer Jonathan Kent (Kevin Costner), the young boy he names Clark soon becomes aware that he is different. He’s stronger than his friends and has other powers he can no sooner explain than control.

By the time he reaches adulthood, Clark (Henry Cavill) realises that the only way he can keep his powers hidden is to keep moving, changing his identity with each new job. But he can’t help blowing his cover; every time he witnesses a disaster, he’s driven to save people’s lives. With each move, he’s searching for clues, hoping to find the secret to his true identity.

Soon after the intrepid reporter Lois Lane (Amy Adams) starts sniffing at his heels, hoping to uncover who the mysterious man saving everybody is, another Kryptonian General Zod (Michael Shannon) – who mounted a failed coup before his planet imploded – arrives to try to conquer Earth to rebuild his race.

Superman – as he becomes known – has to decide whether to be loyal to his Kryptonian heritage or protect the humans, who’ve taken this force for good into their hearts.

The first question that comes to mind, when considering another superhero reboot is “Why?” Because the last attempt at Superman, Bryan Singer’s Brandon Routh (who?) starrer Superman Returns, failed to take flight, is certainly a possible answer.

But taking such a familiar story back to first base – compare the recent Spider-Man and Star Trek films – is not only brave, but asking for trouble.

There will be some fans who’ll lap up anything and others who’ll take it so seriously that they’ll start picking holes.

But from a film-making point of view, the most important thing is to put the fans aside and consider how it works as a movie in its own right.

The first thing to say is that Man of Steel is more of a (director) Zack Snyder film than a (writer) David S Goyer or (producer) Christopher Nolan. It’s all about the action, with Henry Cavill unafraid to show us a pair of pecs even larger than those he displayed in Immortals, while he and a scowling Michael Shannon fling each other vast distances through the village of Smallville, the city of Metropolis and the vast expanses of space – all but destroying the first two.

But even before we meet the eponymous Man of Steel, we have to wade through seemingly hours of fighting on the crumbling Krypton – while Marlon Brando was happy to take the big buck for seconds of screen time in Christopher Reeve’s first outing, Russell Crowe clearly decided that he wasn’t going to take the role unless he had plenty to do – hence one too many resurrections, making him seem more like the biblical saviour than the son he sent to Earth.

While it’s interesting to see Snyder’s vision of Krypton, it’s a bit of a distraction – this is a meant to be a story about the Man of Steel – a super man – on Krypton, no-one is super, they just run around with futuristic guns. Snyder even throws in some flash-forwards to make sure we don’t get bored, waiting to see some true heroics.

Amy Adams is likeable enough as Lois Lane, although her motivations seem to flip-flop somewhat and while Cavill acquits himself well enough, the there’s none of the sexual tension between the pair that was seen between Reeve and Margot Kidder, or even in TV’s Dean Cain and Teri Hatcher.

It also falls behind those two predecessors in terms of humour. It’s not as dark as Nolan’s recent Batman series, but neither is it as thoughtful. The film is somewhat emotionally flat, with Kevin Costner’s Jonathan Kent being one of the few characters you care about. Oddly, Michael Shannon’s Zod is not unsympathetic as the antagonist, as he’s acting not through selfishness or greed but to save his people – in other films, he could be the hero.

There’s too much Krypton, not enough levity or personality, far too much over-the-top destruction and the story itself felt more like part 2, with our protagonist  having to save planet Earth from alien invaders before he’s even settled into his newfound heroism. Not that it’s a problem to see him grow into the hero we all know and love, but what Nolan got right in Batman Begins, slips beyond their reach with his DC stable-mate.

Henry Cavill’s Superman – referred to by that moniker only once – has the familiar red cape, but no red trunks, in a break from big screen tradition, but following DC Comics own recent reboot. Even the blue of his outfit is muted, compared with the bold, bright, sky-blue worn by his predecessors. And something else that’s missing is the rousing score from John Williams, which even graced Bryan Singer’s 2006 reboot.

Superman Returns was one of the earliest theatrical releases to use 3D; for a handful of sequences, audiences were prompted to put their glasses on. This time around, as you’d expect, it’s all in 3D, but perhaps surprisingly, given the nature of the effects and Snyder’s over-the-top direction, the use of 3D is so subtle as to be almost pointless. Rather than adding anything to the experience, it just makes your nose ache from the weight of the glasses.

It’s not unenjoyable – but it’s somewhat disappointing, lacking, as it does, the gravity or the Batman films or the levity or warmth of original Superman films, leaving it lacking in personality.

The ghost of Christopher Reeve hangs heavily over the character that won the hearts of millions around the world. This latest imagining is slick, loud, action-packed and bursting with effects but emotionally and narratively, it fails to fizz.