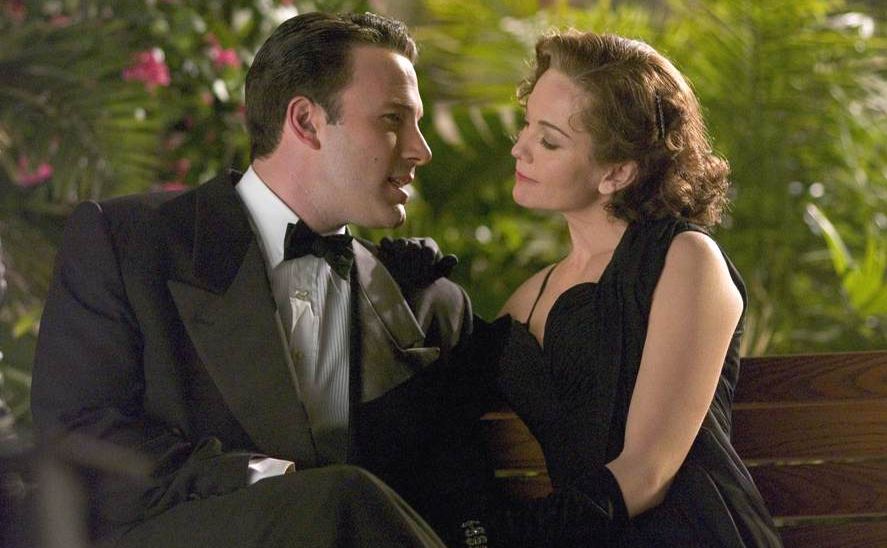 In June 1959, the star of the TV’s Superman show, George Reeves (Ben Affleck), was found dead in his Hollywood home with bullet-holes in his head.

The police were quick to call it suicide.

Others – not least Reeve’s mother – disagreed. So, in this telling of the story, she hires private detective Louis Simo (Adrien Brody) to investigate.

OK, so Reeves was depressed at being typecast in the role of the cape-wearing superhero, but why would he have fired shots into the floor before killing himself? Maybe there was a struggle.

Two stories develop in tandem. We follow George Reeves from his “nobody” days, through his relationship with an older woman Toni Mannix (Diane Lane), the wife of ruthless MGM boss Eddie Mannix (Bob Hoskins), and how his success as Superman puts paid to his desire to do anything else. Intercut with this, we follow Simo, as he follows his hunches – did

Reeves shoot himself through depression, was he the victim of a studio conspiracy or did a finger slip on the trigger, by accident?

But while Affleck turns in a career-best performance – capturing the changing mood of Reeves as his professional confidence ebbed away – Brody’s character follows the typical Hollywood form: broken marriage, awkward relationship with his son, needs to get to the bottom of the case to help him resolve his personal issues. That’s not the film I signed up to see.

A frightening Hoskins and a sassy Lane also turn in impressive performances, but perhaps a more interesting character is the Howard Strickling (Joe Spano) – the studio’s chief PR guy, trying to spin Reeve’s death to MGM’s advantage and shake off any bad press Simo tries to throw his way.

Either of the two storylines might have made effective dramas, but mixing the two up seems to take away the immediacy from both stories – and just makes the whole film too long.

Hollywoodland isn’t as interesting, exciting or engaging as it should be, with such promising subject matter, but it certainly presents a sharp insight into 1950s Hollywood – from the glitz and the glamour to the murkiness that lay beneath the glistening surface.