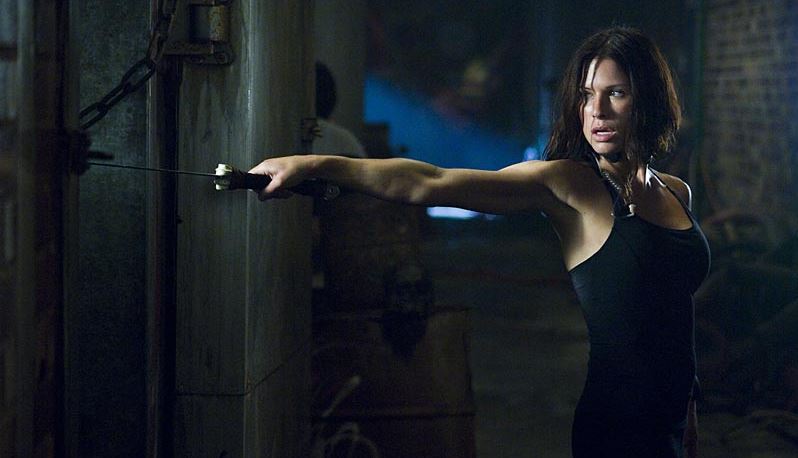 In 2008, a devastating virus spread like wildfire, killing millions of people.

The disease was confined to Scotland, so the government enclosed the whole country inside fortified walls, to protect the rest of the UK.

A handful of people managed to escape, as the doors were being closed, including young Eden.

In 2035, the virus makes a reappearance in London. The government hopes to be able to cover it up by finding a cure, quickly.

Adult Eden (Rhona Mitra) – who’s now a highly trained commando – is sent up to Scotland to lead a team, to try to find the one person who might be able to beat the virus.

When they arrive – rather than find an empty, desolate, landscape, they are shocked to find two rival tribes of angry Scots, who can’t decide whether they want to destroy each other or wreak revenge on the English, who left them for dead nearly three decades earlier.

At first, it’s hard to tell whether Neil Marshall – whose debut feature Dog Soldiers was just about as perfect as a low-budget comic-horror can get – was taking this apocalyptic tale seriously or whether he was having a laugh.

There’s very little originality here, which is perhaps inevitable for a movie that’s growing in such a well ploughed field – think 28 Days Later and I Am Legend and add a bit of Mad Max and you won’t be far off the mark. Marshall rolls out many of the same clichés and doesn’t really have anything new to add to the subject – or even the genre.

Whatever Marshall’s aim, Rhona Mitra is taking her role far too seriously, while Adrian Lester has lines which allow him to have a bit of fun. Bob Hoskins plays his usual cockney wise-old-man, while Malcolm McDowell hams it up somewhat.

And even when a film-maker is trying to have a bit of fun, it still seems a bit disingenuous to expect us to accept such incoherences as cars being shipped with full tanks of petrol, evil bosses flying instantaneously across the country when it takes their underlings several hours to make the same journey, a future where cars and other technology in England have hardly moved forwards, while everyone in Scotland is living like either a barbarian or an extra from a medieval movie.

And we’re supposed to believe that the greatest satellite technology available to mankind has only just, for the first time, picked up any survivors north of the border?

To truly enjoy this film, you’d need several barrel-loads of salt. But after a night at a pub, it will work as a silly, self-referential, knowing parody of the apocalypse genre – let’s just hope for Marshall’s sake that that’s what he was after.