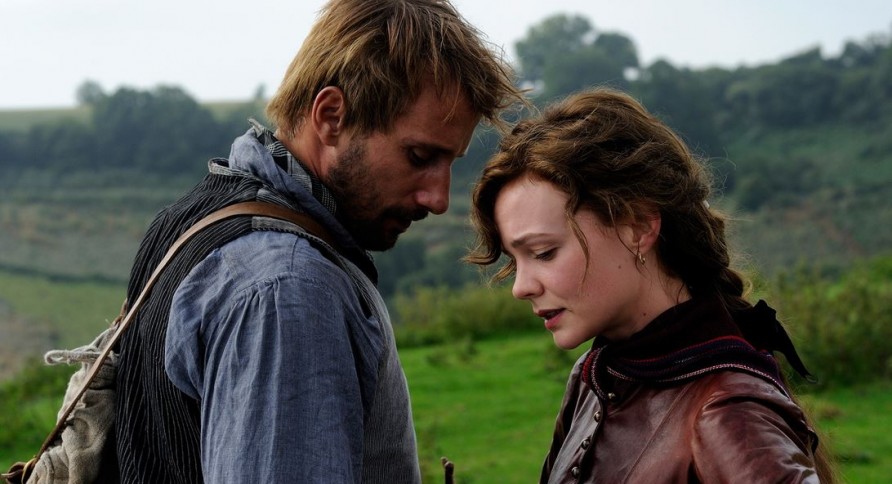 Within weeks, her uncle has died and she’s taken over one of the biggest farms in the area and a reversal of fortune sees Gabriel taking up a job as her shepherd.

After a little practical joke misfires, her new neighbour – the older landowner and confirmed bachelor William Boldwood (Michael Sheen) – becomes the second man to ask for her hand.

But it’s only a chance encounter with an apparently charming young soldier, Francis Troy (Tom Sturridge), that finally awakens Bathsheba’s passionate side.

This latest adaptation of Thomas Hardy’s novel of the same name follows Bathsheba Everdene as she weighs three proposals – one driven by the head, one by the heart and the other by – for want of a better word – her loin.

Squeezing a novel into a film is often tough, given limitations on time, as much as anything else. In 1967, John Schlesinger took 2 hours and 49 minutes to put Thomas Hardy’s 464 pages onto the screen – Thomas Vinterberg has knocked 50 minutes off that.

A two hour drama is certainly more palatable for a twenty first century audience than one that’s pushing three, but losing large chunks of the book risks making the narrative feel rushed, incomplete or a little incoherent, and while Vinterberg’s telling of the Gabriel Oak and William Boldwood stories are effective and moving, the plot revolving around Francis Troy – arguably the most complex and important to the overall tale – feels like chunks are missing.

Everything from his surprise meeting with Bathsheba and her attraction to him to her subsequent decisions and his later actions don’t feel at all convincing.

The ubiquitous Matthias Schoenaerts has previously played his native Belgian (Rust and Bone), American (The Drop), German (Suite Francaise) and once again here, he turns in among the best English accents from a non-native speaker. His brooding presence – often in the background – is an effective fulcrum on which the rest of the drama see-saws, as the emotionally guarded Michael Sheen and cocky Tom Sturridge battle for Carey Mulligan’s affections.

But Sturridge’s character is never likeable enough for the audience to believe – or accept – Bathsheba’s feelings for him. Whether this is the fault of Thomases Hardy or Vinterberg or Sturridge himself is open to question, but it weakens the emotional punch of what could otherwise have been an impressive drama.

The Sturridge episode aside, a Barbie-waisted Mulligan turns in a typically natural and scene stealing performance, matching the costumes, sets and vehicles for authenticity, but even she can’t make this any more than two thirds of success.