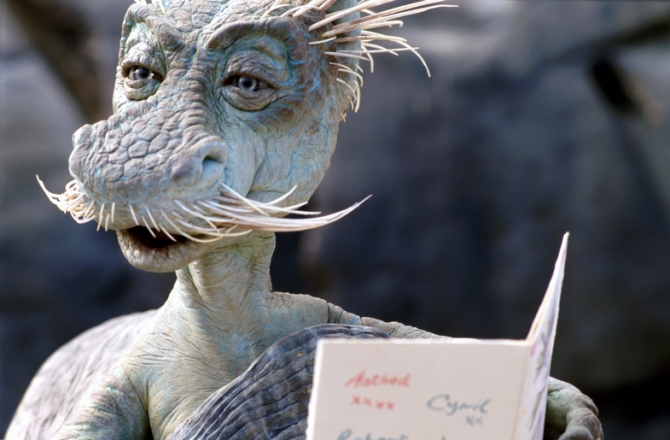 In 1917, five siblings are sent to stay with an eccentric uncle in the country, while their parents help the war effort.

The housekeeper bans them from the greenhouse, but their curiosity gets the better of them. Inside, they find a secret staircase down to a secret beach.

There, they find an eight thousand year old “sand fairy” which grants them a wish each day, but their wishes have consequences beyond their control.

In the tradition of the kids’ adventure stories many of us grew up with, this colourful film sparks the imagination.

It uses fantasy and excitement, in an historical context, to teach kids about morality, without seeming too preachy.

You make a wish, it goes horribly wrong so you learn something valuable, says It, outstandingly voiced by Izzard.

But while the heart-warming tale will delight younger children, it’s not a film that will tax Mum and Dad.