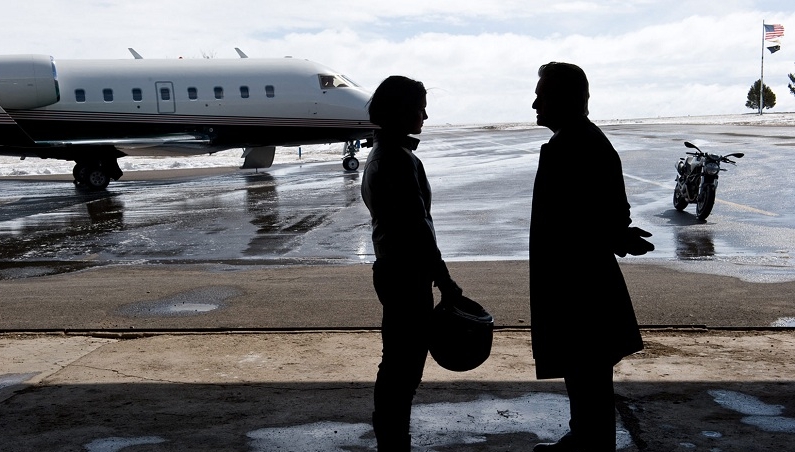 Mallory (Gina Carano) is trying to keep a low profile, dressed in black, slumped at a table in the corner of a remote diner.

When Aaron (Channing Tatum) storms in and sits down at her table, she starts scoping for escape routes.

He makes a move on her and a gallant but naive fellow diner, Scott (Michael Angarano), steps in to help what he believes is a damsel in distress.

Scott soon realises he’s hopelessly out of his depth as these two secret agents start ripping each other apart until Mallory floors Aaron, grabs Scott – and his car – and escapes.

In the relative safety of his car, Mallory reveals to Scott that she used to be a black-ops specialist, working for a private contractor Kenneth (Ewan McGregor), who took orders from billionaire politician Coblenz (Michael Douglas).

But on one foreign job, her fellow agent (Michael Fassbender) turned on her and she realised that the agency was trying to get rid of her.

Can she escape the clutches of the agency, make it back to the US, protect her father (Bill Paxton) and get revenge on those who betrayed her?

Let’s be honest, how much of a film would we have if she didn’t at least make a pretty good go of it.

Who knew Gina Carano before this? Where on earth had Steven Soderbergh been hiding this martial arts expert who’s burst from the fight-arena to the big screen with blistering confidence and skill. She looks every bit as comfortable as her highly accomplished co-stars.

The plot is, of course, overblown, contrived and not entirely convincing – but Soderbergh’s handling of the material bristles with the energy of his discovery, who dominates every scene like a female Jason Bourne.

The likes of McGregor and Fassbender appear amateur alongside Carano, who can take on all-comers in a tight dress, but in truth, it’s not just because of the discovery of such a bright star or indeed that the others are below par: every last character apart from Mallory is disappointingly underwritten and two-dimensional.

The fight choreography is exemplary, but the plot that links the action sequences is oddly simplistic and pedestrian.

Haywire is tremendous fun but somewhat pointless, unoriginal and derivative.

The only thing that stays with you when the final curtain falls is a burning desire to see Gina Carano turn up in another film as soon as possible.