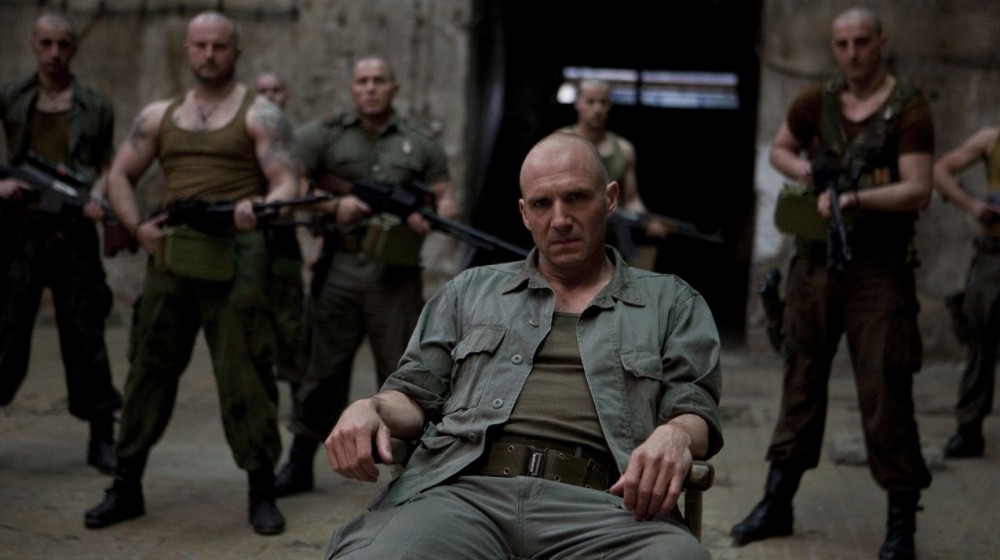 But the wilful Coriolanus wants to make his own decisions rather than do what his puppeteers (Brian Cox and James Nesbitt) want him to do. They advise him to appease the public – but he’s not interested in what the voters want; he despises the people and just wants to do what he thinks – what he knows is right.

Soon, the political elite – backed by his own mother (Vanessa Redgrave) – turn against him and he is banished from Rome.

Determined to get his revenge and restore his pride, Coriolanus hunts down his former enemy, Aufidius, and teams up with him to topple those who betrayed him.

Ralph Fiennes could surely have picked a more simple film as his directorial debut.

This modern-day big-screen adaptation of Shakespeare’s Roman tragedy is tremendously ambitious; from the word go, it’s large-scale battle scenes are updated to the kind of guerilla warfare you’d expect to see in the backstreets of Kabul.

With Shakespeare as your starting point, the story, structure and characters are certain to be solid, but Ralph Fiennes puts his own refreshing spin on the telling of the tale – setting it in modern-day Rome but keeping the Shakespearean dialogue – a challenge for one of the busiest screen-writers around at the moment, John Logan.

The director says he and his writer locked horns over the script, on a number of occasions, but what they’ve come up with was worth the pain. But as painful as it was for the film-makers, for those whose ears are less tuned to the centuries-old English, Coriolanus could prove a little difficult to follow.

One of the challenges of bringing this Roman tale into the twenty first century was solved by replacing Shakespeare’s messenger with a twenty-four hour news channel, fronted by Channel 4’s Jon Snow – a quaintly original, but apt touch.

As if adapting and directing such an ambitious project wasn’t enough, Fiennes takes on the lead role himself – something he’s clearly comfortable with. Others in his cast – such as Vanessa Redgrave and Brian Cox – deliver the kind of powerful performances you’d expect from them. James Nesbitt feels a little flighty for the gravity of the material and the ubiquitous Jessica Chastain finds herself with little of interest to do.

But the revelation is Gerard Butler; Fiennes the director manages to turn a man more used to sword-and-sandals epics, cheesy rom-coms and second-rate action flicks into a fine Shakespearean villain.