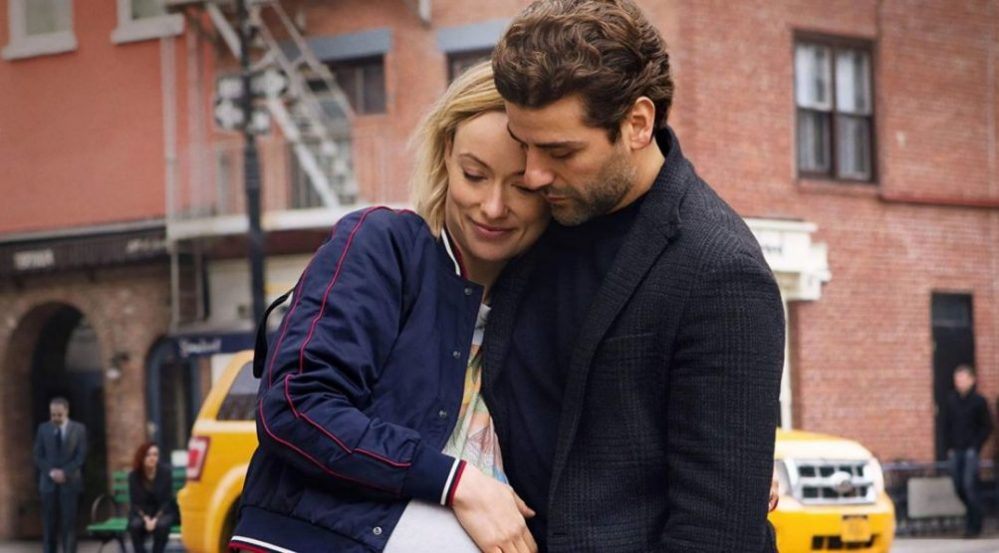 Told as a portmanteau of apparently unrelated tales, spanning decades and continents, we meet a handful of characters whose lives unexpectedly (or expectedly, if you understand the language, or indeed the point of cinema) converge.

There’s Will (Oscar Isaac), who’s not making much progress with his therapist (Annette Bening), as he tries to make sense of the end of his one real relationship, with Bob Dylan fan Abby (Olivia Wilde).

Their daughter, Dylan (Olivia Cooke) – get it? – is a rebellious young woman, living with an ageing grandfather (Mandy Patinkin), who doesn’t quite know what to make of her.

Then there’s a diligent olive-farmer (Sergio Peris-Mencheta), in rural Spain, whose boss (Antonio Banderas) has eyes for his wife (Laia Costa).

Throw in a couple of fatal bus crashes, some terminal cancer and a bold suicide and you might get a sense of how these tragic lives are impossibly connected.

Coming from the creator of TV’s This Is Us – known for its intersecting storylines, decades apart, it won’t come as much of a surprise to hear that this mawkish tear-jerker feels, in many senses, like a feature-length episode of the show – or perhaps an effort to condense a whole series into just two hours.

What feels acceptable, powerful and indeed successful on the small-screen feels arch, deviously contrived and obviously clumsy on the big screen, one problem being that soap opera is better suited to a longer time-frame, another being that some of the character sets are simply more likeable – or interesting – than others. This is only highlighted by a chapter structure that’s nothing like as original or clever as the creator obviously thinks it is.

One concept of the storyline is how one of the characters, an academic, comes up with a thesis that “life itself” is an unreliable narrator, so all the twists and turns then conspire to ensure the thesis comes to fruition – but coming to fruition in a Dan Fogelman film does not make it true in life itself.

Much of the best material is lost to Fogelman’s intricate construction in the unreliable narratives.

It has its moments, many involving Oscar Isaac and Olivia Wilde’s blossoming relationship and her awkward encounter with his in-laws and an underused Annette Bening also lifts proceedings when she’s on screen. But many of the best elements seem out of kilter with the film’s underlying atmosphere.

A clunky and often pretentious screenplay, bursting with signposts, leaves you feeling cheated; despite its complexity and unlikely nature, the plot is surprisingly easy to predict and when the odd curve-ball is thrown in, rather than delighting in feeling wrong-footed, all it really means is that you have to wait even longer for the inevitable in an already overlong film.

And when you stop to think about this inevitable conclusion, it’s a tricksy and unconvincing twist that will leave you frowning.

All of which might make it sound like this is a hateful, confected ball of cynicism, which isn’t really the case. There’s enough in there for the target audience (This Is Us fans) to enjoy and for others it might even verge into the territory of a guilty pleasure, but anyone seeking a powerful and authentic drama will find it unforgivable that while it clearly has good intentions, it’s trying far too hard to be clever and different when it’s not nearly as profound or unexpected as it clearly intends.

Perhaps life itself has just made us all too cynical – or too unforgiving – to appreciate Life Itself.