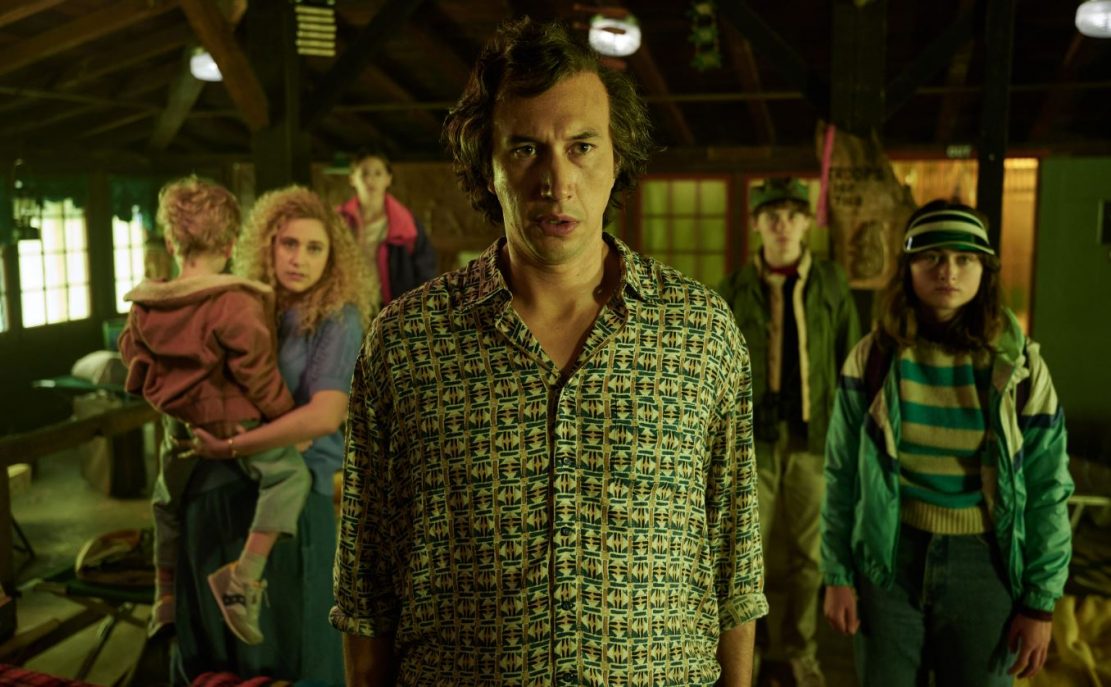 Jack (Adam Driver) and his wife Babbette (Greta Gerwig) are on their fourth marriage, with four children between them – one of them shared. Something else they share is a fear of dying.

One of the older children grows suspicious about a tablet Babbette is taking and worries about what might be wrong with her. She confides in Jack, who tries to get hold of a tablet to get a university colleague of his to analyse it.

Meanwhile, not too far away, a lorry crashes into a train, sending a huge cloud of toxic fumes into the air and across the town. All the residents are ordered to leave their homes and they’re quarantined in a community centre until the cloud has been cleared.

But Jack remains determined to find out what’s going on with Babbette and finds himself drawn into a shady world of sex, drugs, guns – and nuns.

This feels a bit like two packs of cards have been shuffled into each other as two perfectly interesting – but unrelated – stories are thrown together, with a large step-family working through its difficulties against the backdrop of a chemical disaster.

The community donning masks and quarantining to protect themselves from a public health disaster feels resonant of the experience we’ve all recently been through with the pandemic, which is odd considering the source material is nearly four decades old.

The film hangs on the central performance of Adam Driver as the put-upon professor, trying to protect his family from a plumes of poison, to help his wife overcome an unknown medical condition and save himself from the new problems stemming from the above. The children, oddly, come across as more mature than the adults, which makes much of the already disjointed storytelling feel a little uneven.

Noah Baumbach’s attention to detail stands out against the chaos of the disjointed storytelling – and a somewhat surreal musical sequence over the closing credits serves to further remove the narrative from the realms of reality.

There are worthy themes to explore and some thoughtful moments, giving the film intellectual heft, but the characters sit just far enough away from the real world to detract from the credibility it needs to feel useful in broadening our understanding of the human condition.