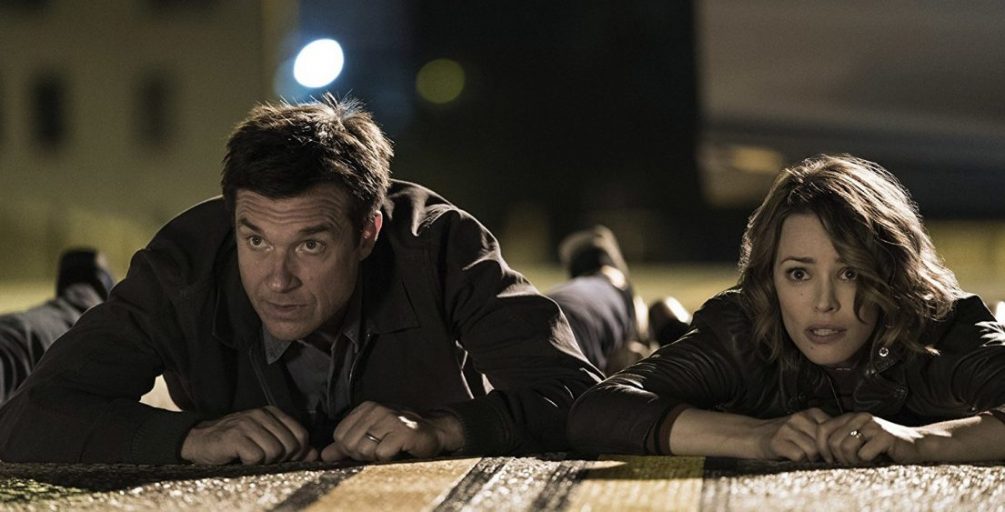 The fiercely competitive Max (Jason Bateman) and Annie (Rachel McAdams) met and fell in love at a Game Night at their local bar.

Since then, a small group of their friends have met regularly for a game night at their modest house.

Max’s need to win dates back to his childhood, when his older brother Brooks (Kyle Chandler) continuously got the better of him. So an unexpected visit from Brooks – now an unfathomably wealthy venture capitalist – throws a spanner in the works of the next game night, as he wants to up the stakes.

Brooks invites the gang round to his house – an astonishingly plush mansion – for a game night they’ll never forget. Rather than the board games, charades or jenga that they’re used to, he’s planned a staged kidnapping, with actors leaving clues for the rest of the friends to find him.

But what unfortunate timing – it turns out that Brooks is kidnapped for real; game night turns out not to be a game at all.

Game Night has a simple premise with no pretensions and, on the whole, does the job it sets out to do.

It’s generally fun and breezy as the story chugs briskly along a largely predictable – but no less entertaining – path, as it flits between buddy comedy, gross-out, farce and thriller.

Jason Bateman and Rachel McAdams are perfectly likeable – if not entirely believable – at the heart of the film, with strong support from the wayward Kyle Chandler, Jesse Plemons’ somewhat creepy, snubbed neighbour, a smarmy cameo from Michael C Hall and as a newcomer to Max and Annie’s games nights, the British-Irish comic actress Sharon Horgan, best known for her sitcom Catastrophe.

Teasing her into a higher profile Hollywood role, directors John Francis Daley and Jonathan Goldstein don’t give her too much to do and she’s largely playing to stereotype, but the role won’t do her any harm if she’s hoping to explore more big screen opportunities.

But this is Jason Bateman’s film, as he becomes the brunt of most of the painfully eye-watering or wince-inducing gags, which verge on the kind of uncomfortable viewing the Farrelly brothers, and others, brought us during the nineties and noughties.

I said it was predictable, but only up to a point; and once you get to that point, perhaps intentionally, you might start to feel like a pawn in a game being played by the film-makers.

There’s an common phrase used largely in television criticism, jumping the shark, which refers to the point at which a respectable show takes a plot turn so bizarre that it can no longer be taken seriously – the start of its inevitable downfall. With this in mind, there’s a peculiarly perverse scene in which a character suggests that the “game” has “jumped the shark” – and whether by accident or design, this is the very point where Game Night itself does just that.

And with that twist too far, what had previously been a surprisingly entertaining, gently anarchic and oddly acceptable narrative becomes convoluted, incredulous and rather cruel.