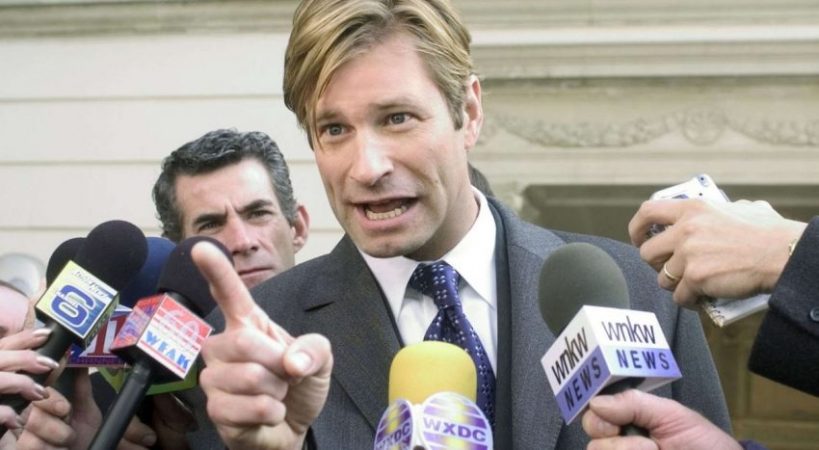 Being a spokesman for a business which kills thousands of people a year can’t be easy. In this film, we meet three – representatives of the tobacco, alcohol and firearms industries, who meet once a week, for a meeting of a club they call the MOD Squad – that’s “Merchants of Death” to you and me.

The film centres on one of them, Nick Naylor (Aaron Eckhart), who’s the chief spokesman for Big Tobacco, which as its name suggests, is a big tobacco firm.

When a health campaigning senator (William H Macy) tries to force all tobacco firms to put a skull-and-crossbones on their cigarette boxes, Nick points out that the cheese from the senator’s home state probably causes more heart-attacks than cigarettes, by clogging up arteries with cholesterol.

While fighting a battle against the senator, he’s also trying to stop the former “Marlboro Man” whistle-blowing about his lung cancer, using a sleazy Hollywood agent (Rob Lowe) to get cigarettes back into movies, falling for a beautiful journalist (Katie Holmes) whose motives are as dubious as his own, and trying to bring up his young son to be a chip off the old block.

This is a slick, sharp and witty satire on lobbying and political correctness. It seems to lampoon both sides equally, in a peculiarly good-natured way.

What’s particularly clever is that it lampoons hypocrisy on all sides, so while it mocks political correct health campaigners, it doesn’t do so by encouraging you to smoke. In fact, you don’t actually see a single cigarette in the entire film.

Few areas of modern society escape the barbs of first-time film-maker Jason (son of Ghostbusters director Ivan) Reitman, but by the end of the film, there’s little doubt where his sympathies lie.

The issues are kind of not the issue here – it’s a character comedy, peopled by folk teetering on the wrong side of surreal, each played to perfection by the likes of William H Macy and Rob Lowe.

This is a thoroughly entertaining satire that bites hard enough to feel it, but not so hard as to leave a mark. In the same way, it probably won’t leave a mark on your pre-existing views, but you’ll certainly have fun, putting them to the test.