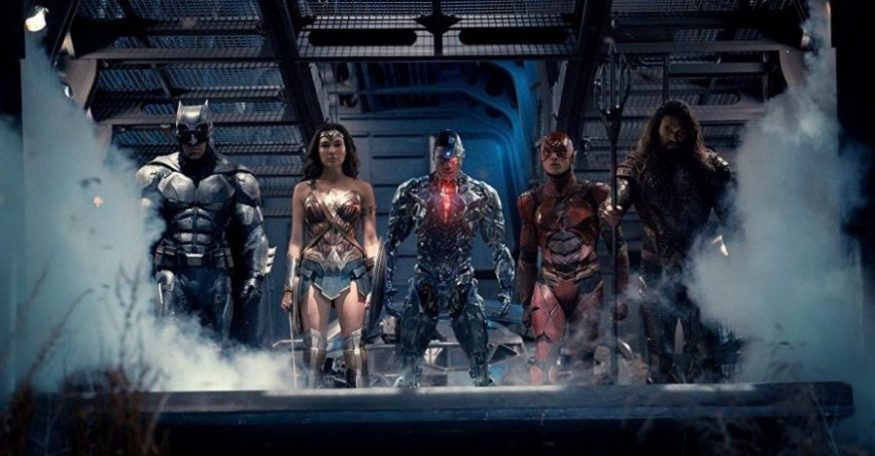 The whole world is mourning the death of Superman (Henry Cavill), which has left the planet vulnerable to attack from evil forces.

An alien supervillain, Steppenwolf (voiced by Ciarán Hinds), seizes the moment to try to take control of Earth – all he needs to do is to bring together three mystical boxes, which he lost in a battle that led to his exile, centuries earlier.

He and his parademons manage to steal one box back from the Amazonian female warriors and another from the underwater Atlanteans. But the third is hidden somewhere among the humans.

When wealthy billionaire and caped-crusading vigilante Bruce Wayne (Ben Affleck) realises that the planet is under threat, he tries to bring together a team of super-heroes to stop Steppenwolf uniting the three boxes.

Diana Prince (Gal Gadot), the Amazonian princess known to the world as Wonder Woman, is first to sign up. Barry Allen (Ezra Miller), a super-fast electricity bolt known as The Flash, is next on the team. They’re joined by the Atlantean Arthur Curry (Jason Momoa), who goes by Aquaman when he’s  saving the world and Victor Stone (Ray Fisher), who’s become Cyborg, after his scientist father used technology to save his life after an accident.

The mismatched team have to learn to work together to try to stop Steppenwolf using the power of the boxes against planet Earth. When Bruce Wayne realises that his Justice League is struggling to keep up with its foe, he realises that there’s only one person who can help them save the world…

Coming on the tails of the truly dull and horrifically bad Batman V Superman: Dawn of Justice, DC and Warner Brothers needed this to be a huge success to preserve their rival franchise to Marvel’s “cinematic universe” – not least with a budget reported to be in the region of a staggering $300 million.

After Zack Snyder’s abysmal predecessor, he couldn’t have done much worse, so the question is how much better he has done this time. The only way is up – although not, perhaps, up, up and away.

There’ve been critics who’ve argued that Justice League is in the same league as Dawn of Justice, but that would be to deny that trash as this is, there are plenty of sparkling gems in this landfill site.

The plot is nonsensical, the narrative incoherent and the super-villain disappointingly lack-lustre – but wait, there’s more to a super-hero film than plot, narrative and super-villain. What about the heroics? The action sequences?

We see a wise-cracking Batman swooping from roof-tops and patrolling Gotham in a variety of imaginative Bat-vehicles, we see Wonder Woman holding back a gang of armed robbers with little more than her bracelets and a flick of her hair, The Flash provides the light relief as he learns the art of being a super-hero, speeding around and making sparks, Cyborg appears to be DC’s reluctant version of Marvel’s Iron Man, as this part-man, part-robot flies around, making the most of his newfound abilities – and there’s Aquaman, who doesn’t seem to have many super-powers other than to be able to swim – which I can do – although I don’t have a trident that allows me to hold torrents of water at bay. We see them fighting their own battles and we see them working together and ridiculous but large-scale, loud and – yes – sometimes exciting but usually fun fight scenes.

They try to squeeze too much into the running time – with a lot of characters to get to know and care about. Partly as a result of the efforts to put together the Justice League, rather too much time spent with the heroes in their public-facing role. In the case of former model Gal Gadot’s Diana Prince, close-ups of her backside in tight, brown leather trousers might please a section of the audience but make another cohort feel that any social progress made in the recent female-led Wonder Woman has been cast aside to leave Hollywood back in a boys’ club.

Another problem is that most people who aren’t comic-book geeks won’t have heard of The Flash, Cyborg, Aquaman (unless they’re fans of TV’s Entourage) or Steppenwolf (not this one, anyway), and in a film that’s selling a brand, audiences respond to familiarity.

And one of the biggest difficulties is that for reasons of potentially spoiling the story, the character that most people will want to see more than the others doesn’t even appear on the poster – in anything other than the actor’s name – thereby confusing the publicity, making audiences uncertain about what film they’re actually paying to see and missing out on the opportunity to attract fans of this particular character.

There is perhaps a presumptuous coda, throwing ahead to the follow-up – which appears to unite one of DC’s best-known villain with another who’ll be a stranger to all but the most faithful fans. But now that we’ve met all of these characters, perhaps a sequel will flow better, with the audience already having more knowledge of the world their watching.

Yes it’s a mess – but anyone who wants to see a bunch of super-heroes being super-heroes (and who doesn’t particularly care why they’re doing what they’re doing) will get what they expect. And anyone who’s expecting an Oscar-winning screenplay has gone to see the wrong film.