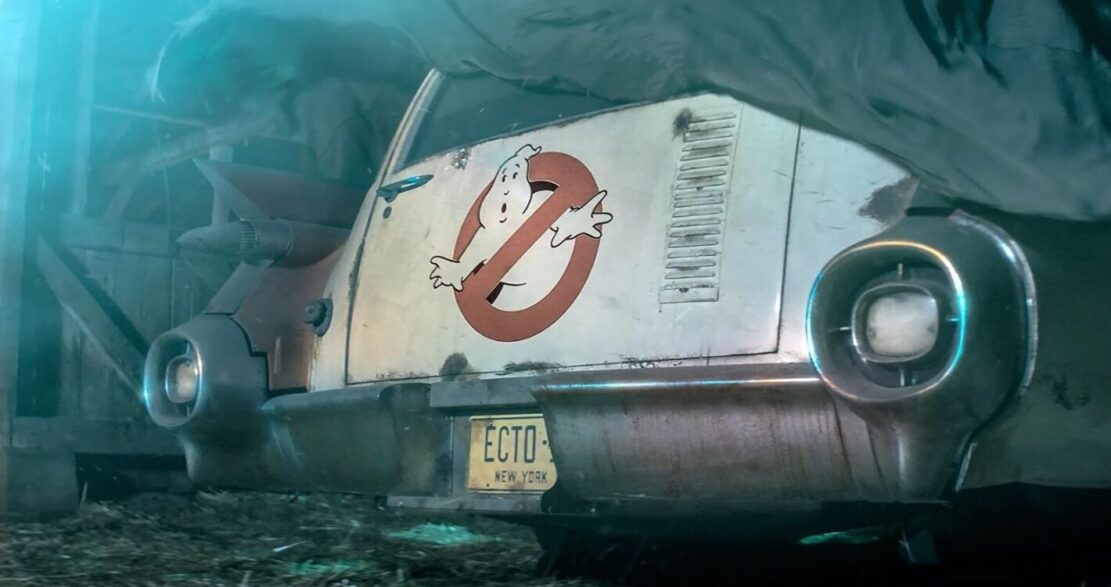 Callie (Carrie Coon) can’t afford her rent, so she takes her teenaged children to live in the remote, creepy farmhouse where her late father used to live.

After chess pieces start moving on their own in her new bedroom, Phoebe (McKenna Grace) finds a strange metal box beneath the floorboards.

Exploring the farm, her brother Trevor (Finn Wolfhard) rummages around in a barn and lifts a sheet to find a dusty, rusty old station-wagon.

With the help of local teacher Mr Grooberson (Paul Rudd), the children discover that their grandfather was Egon Spengler – one of the original team of Ghostbusters who saved New York from ghosts in the 1980s.

And when they realise that more ghosts are ready to attack their sleepy town in Oklahoma, the have to step up to the plate to save it from destruction.

Is there life after Ghostbusters? It seems so; first a sequel, then a female reboot and now, “afterlife” itself.

With nods – some more blatant than others – back to the original, there are plenty of nostalgic moments for those of a certain age to enjoy.

Being transposed from “the city that never sleeps” to a sleepy small down takes some of the fizz out of the original concept.

And it seems to pitch itself more as a teen horror than a family comedy, unexpectedly targeting a slightly different audience; the comic talent of Paul Rudd provides most of the funniest lines but it’s otherwise surprisingly dark.

The story itself is monstrously silly and often feels obvious or contrived – not least the first appearance of the Stay-Puft marshmallow men.

The supporting characters feel a little arch – the older girl Trevor has a crush on – the geeky kid who understands Phoebe’s misanthrope – and of the cameos, some are more successful than others.

But it generally feels faithful to the original – if taken a little out of context – has some warmth buried among the chaos and will be entertaining enough for anyone who wants to relive their childhood; how it holds up for the next generation – the teenagers its cast would suggest it’s aimed at – is harder to judge.