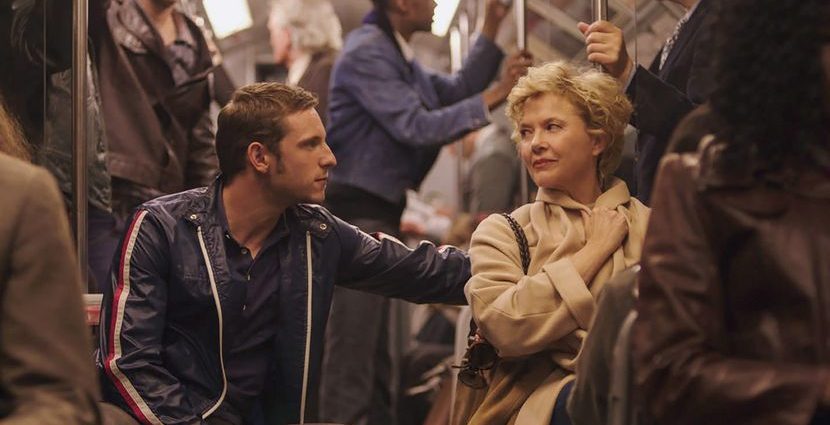 In Liverpool, in the early 1980s, young Scouse actor Peter Turner (Jamie Bell) is living at home with his parents (Dame Julie Walters and Kenneth Cranham) when he gets an unexpected call.

Gloria Grahame – the Oscar-winning Hollywood screen goddess from the 1940s and 50s – has been performing on stage a few miles up the road, in Lancaster, and has fallen ill. She’s called for Peter from hospital.

It turns out that a couple of years earlier, the pair had a brief love affair, even though she was as old as his mother. They spent many happy months with each other in London and New York, but when the relationship broke down, he returned to his hometown.

Gloria now wants to stay with Peter and his family while she recuperates and the Turners agree to take her in.

But as the pair begin to rekindle their relationship, life-changing truths emerge that make them both reassess what they want and need from life – and from each other.

This is a warm, heartfelt and honest portrayal of an unconventional and unlikely but apparently real-life relationship – told without passing judgement, except through the questioning eyes and minds of a minority of the supporting characters.

With a young man engaging with an older screen siren, there are clear echoes of My Week With Marilyn – with which this shares a producer –  although this account, also based on the young man’s memoirs, appears to be more reliable – and believable.

While the love story at its core is as surprising as it is believable, the film’s weakness is that it feels somewhat small and lacking in consequence. Seeing a screen goddess spend much of the film snuggled up under a duvet in a dingy bedroom with 1970s decor just isn’t particularly cinematic. And to what end?

As the story unfolds, it becomes clear that one of the biggest names from Hollywood’s golden years hasn’t fallen ill in the northwest of England by chance – although precisely what she’s doing in Lancaster is never quite clear. If her plan is to reconnect with Peter, then why not go straight to Liverpool, rather than to Lancaster and then wait until she falls ill to call him? There are other comparable conundrums that come to mind that I won’t discuss for fear of venturing into spoiler territory.

There is one important plot element that is neatly set up and explained, through a fractured time-line, although it’s a little melodramatic – but it’s perfectly possible that such screen sirens are as melodramatic off-screen as on it.

The supporting characters are mostly well-rounded and likeable enough, as they deal with the peculiarity of the relationship at its heart and two central performances are notable – Annette Bening turned down the role several years ago, saying she was too young but she’s certainly grown into it now, and Jamie Bell has finally blossomed into an intense and confident screen presence – far from the little boy who first graced our screens in Billy Elliot, back in 2000.

Given the city in the title, we don’t get to see much of Liverpool and Julie Walters is the only one who seems to nail the distinctive accent, while others are weaker or more inconsistent, but perhaps that’s intentional, as it’s true that the real-life Peter Turner doesn’t have the strongest Scouse accent himself.

It’s a well-told, intimate drama but apart from the central idea of a relationship between a young man and a much older woman and the key plot point referred to earlier, it doesn’t really contain enough ideas to sustain an engaging and enlightening drama and leaves you feeling disappointingly empty.