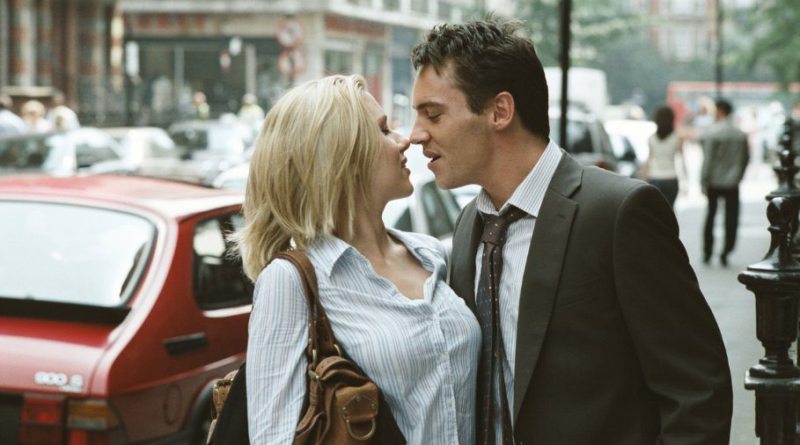 Tom invites Chris to share his family’s box at the Opera and asks him round for dinner, at the family’s country estate.

Chris soon strikes up an even closer friendship with Tom’s sister Chloe (Mortimer), to the delight of their wealthy father Alec (Brian Cox). Chris is really beginning to like the comfy fit of the life that comes with his new circle of friends. To misuse some tennis terminology, for Chloe it’s “love,” while Chris takes “advantage.”

All is well until Chris encounters the sultry American actress Nola (Scarlett Johansson) in the pool room. Flirting with her while he’s dating a wealthy heiress takes him into dangerous territory – he discovers just how dangerous when he finds out that Nola’s engaged to Tom. But sometimes, warning bells become a red rag to a bull.

By the time Chris ends up marrying Chloe, Tom has moved on from Nola. Nola’s now free, but Chris isn’t. But an accidental meeting in an art gallery sparks a passionate affair. Suddenly, Chris finds himself playing the most difficult love game of his life – but when the going gets tough, rather than throwing in the towel, he comes up with a more radical solution.

After some decidedly mediocre recent attempts at comedy and last year’s Melinda and Melinda, which pointedly straddled the fence between comedy and tragedy, Woody Allen has fallen well and truly back down on the side of drama – and a dark drama at that.

But it’s not just the almost complete lack of humour that sets this aside from much of Allen’s work – it’s his first film to be shot entirely outside New York and one of the few to feature neither Allen himself, nor a character based on him.

If you miss the opening credits, only a handful of directing techniques – slow camera pans and dialogue taking place off-screen – would alert you to who’s at the helm.
Woody Allen gives a surprisingly realistic portrayal of the English upper class, although his picture-postcard London seems a little old-fashioned – we’re watching a world where people are surprised to answer their mobiles to find it’s their lover (wouldn’t the name come up, or wouldn’t they recognise the number?) and wouldn’t sending text messages (more common in the UK than in the US) be the choice of the adulterer, over popping to the corner of the room and muttering quietly into your mobile.

Allen’s certainly put a lot of effort into his casting, supporting fine performances from the leads with the likes of James Nesbitt and Ewen Bremner – and making good use of some of Britain’s brightest comic actors in cameos roles – John Fortune, Paul Kaye, the League of Gentleman’s Mark Gatiss, among others – but in the UK, they give the film a rather “made-for-TV” feel, while they won’t mean anything to viewers abroad at all.

As for the story, it’s a fairly standard tale of adultery and betrayal and the consequences that ensue – but it’s nicely paced and a surprising twist on the film’s initial theme catches you by surprise, challenging your own views on natural justice.