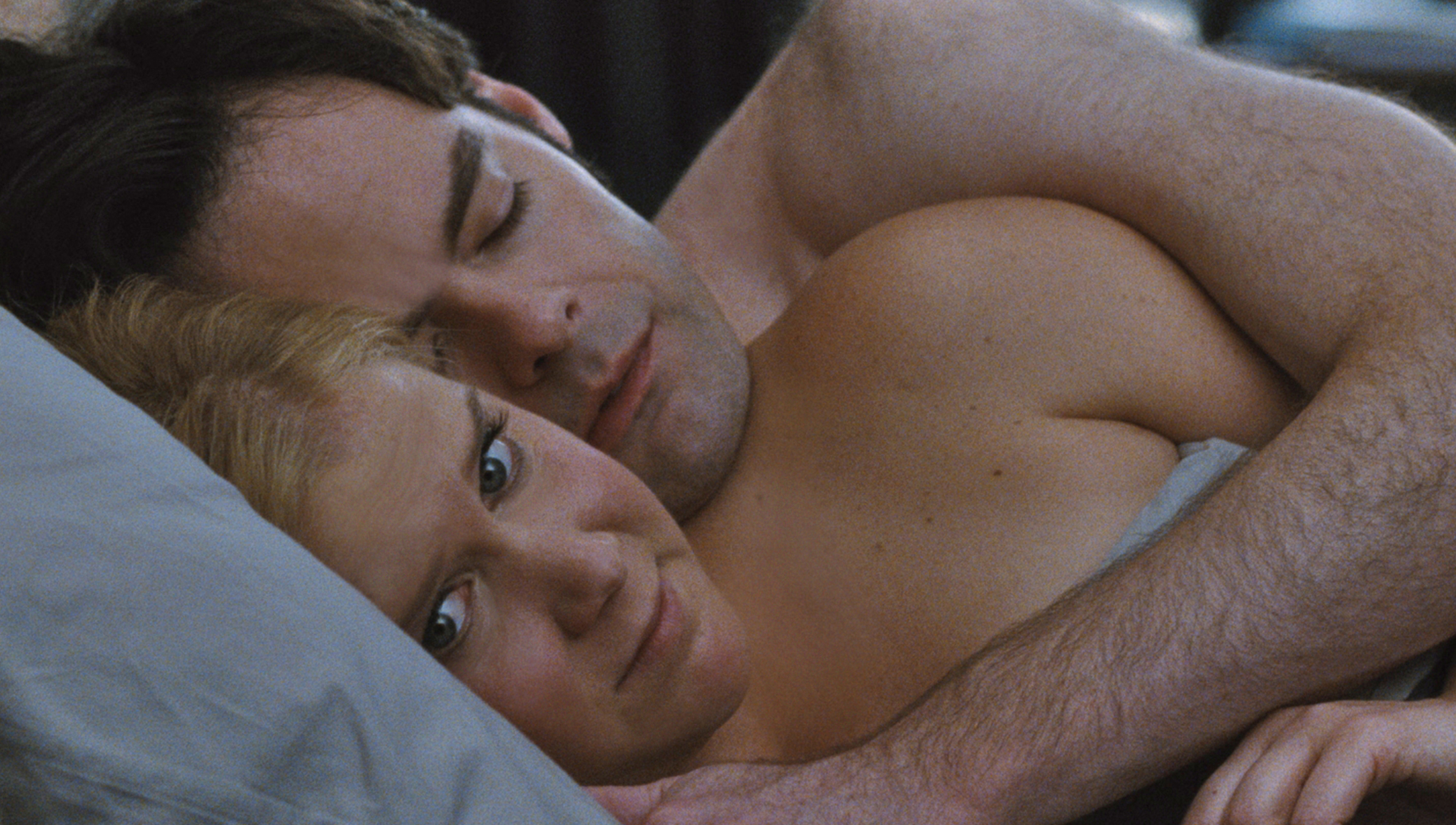 Twenty three years after a young Amy was told by her philandering father (Colin Quinn) that monogamy isn’t realistic, she’s taken his advice to heart. The sexually selfish, loud-mouthed and fun-loving magazine journalist (Amy Schumer) is dating a beefcake (real life wrestler John Cena) but sleeping with anyone else she fancies, on the side.

So when her editor, Dianna (Tilda Swinton), assigns her to write an article about a successful sports doctor, Aaron Conners (Bill Hader), she’s not at all surprised to find herself back at his place. What surprises her is that when he calls her to ask to see her again, she actually does want to meet up.

Tentatively, the pair enter into something resembling a relationship, but her fear of commitment clashes with his enthusiasm for being with her.

As if she doesn’t need any more excuses to keep emotionally distant, her father’s not well and she’s up for a possible promotion and her stress-relieving hard-drinking doesn’t go down too well with the doctor.

Can this odd-couple overcome their differences or will Amy have to wait a little longer to find a man to tame her?

Anyone who’s seen pretty much any romance film will know, from the outset, how this is going to end, but Judd Apatow‘s touch somehow manages to make a rather standard and not particularly imaginative rom-com feel surprisingly fresh.

As the writer as well as the star, Amy Schumer – an acclaimed comedian in the US, if little-known here – carries the weight here and the film couldn’t possibly work without her pulling it off.

The always reliable Bill Hader, in an unusually straight role, is also effective.

One of the satisfying things about this film is that unlike most movie rom-coms, neither of the leads is particularly attractive, which – perhaps – makes it easier for audiences to identify with them than the more traditional impossibly beautiful protagonists that Hollywood usually thrusts upon us.

After a striking opening scene, with a terrific monologue from a father trying to explain infidelity to his young daughters, Schumer’s script falls away somewhat. But despite bursting at the seams with cliches and stereotypes, it manages to throw up enough unexpected belly-laughs, astute observations and quirky asides to feel brighter and more original than it has any right to.

In anyone else’s hands, this could have been a predictable, tired, incoherent rom-com, void of any drama or real laughs. But Schumer makes her own words sparkle, with the guiding hand of Apatow’s brand of comic sensibility and Hader providing the most efficient of foils.

There are a handful of cameos, some of which will be lost on anyone unfamiliar with American sport while others – including Daniel Radcliffe – fail to lift the film. But Tilda Swinton’s comic-witch of a breezy but bolshy magazine editor is a welcome break from her more traditional role, as seen in We Need to Talk About Kevin, the lead actor of which, Ezra Miller, also makes an appearance here, delivering as little as the script requires of him.

This is likely to propel Schumer to bigger things and maintain Hader’s position as a go-to comedy star but while it’s not one of Apatow’s best, by a long shot, without him, Trainwreck could have been – well – a trainwreck.