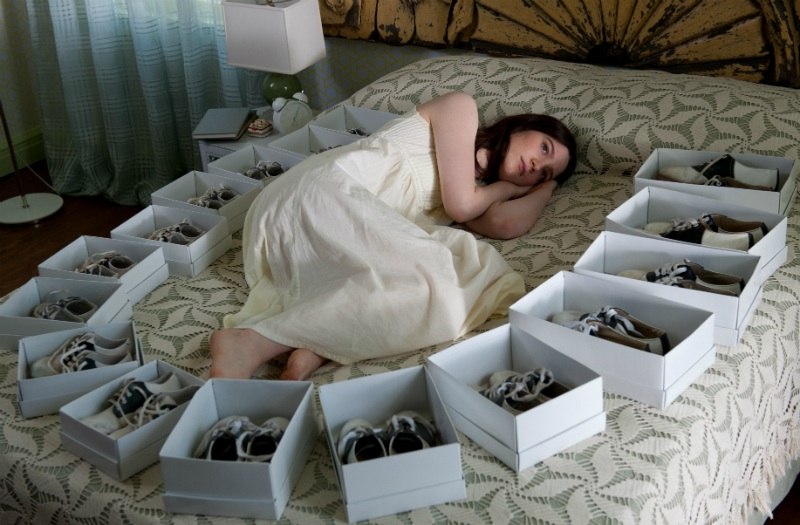 At his funeral, she meets his brother Charlie (Matthew Goode), whose existence had been kept from her until now. Charlie moves in with India and her emotionally unstable mother Evelyn (Nicole Kidman) to help them all get through the grieving process.

While a few eyebrows are raised when Charlie quickly grows close to Evelyn, it soon becomes clear that his true intentions lie elsewhere.

As he starts to work his way under the skin of both mother and daughter, he draws them deeper into the dark secrets that have kept him hidden from the family for so long.

On the surface, Stoker looks like a beautifully shot, cleverly edited low-budget American independent – in essence that’s what it is, except for the fact that the three main female actors are Australian and the lead actor is British.

But what separates this book most from its cover is its South Korean director Park Chan-wook, making his first English language film, a decade after rising to prominence with the brutal revenge thriller Oldboy, using his regular cinematographer Chung Chung-hoon as a safety blanket.

Park’s assured handling of the first screenplay by Prison Break actor Wentworth Miller neatly ratchets up the tension and sense of foreboding as the secrets are slowly revealed. A lack of incidental music for much of the film also, oddly, heightens the mood – a lesson that could be learned by some other film-makers.

Stoker is more of a psychological thriller, as it attempts to get inside the minds of some sadistic psychopaths and otherwise psychologically disturbed individuals, but while it explores one in some detail, it’s harder to discern what has caused the mental health issues for some of the others.

Both technically and in terms of the lead performances, Stoker is striking, confident and effective. Some of the narrative elements and a handful of the smaller performances around the edges are a little less convincing.

Park and Chung deliver a subtly creepy, stunning film visually, full of cinematic metaphor, although some of the shots – a close-up of blood spattering on white flowers, for example – could have been borrowed from a Tarantino movie, as can some of the editing flourishes – none of which is a bad thing, if properly used.

Stoker, though, is a little more style than substance, with too many questions left unanswered and no characters the audience can truly root for, apart from Dermot Mulroney’s Richard, whose fate is sealed even before the film begins. The film’s main failure is that India is not a particularly sympathetic character, which is more the fault of the screenplay than the performances.