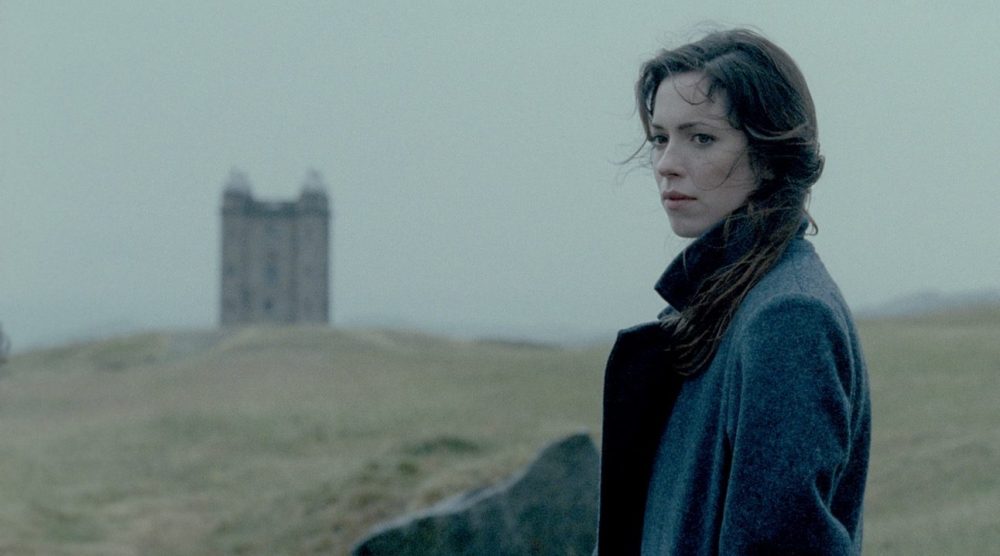 Soon after the end of the First World War, there are few in Britain who haven’t suffered a personal loss and many people are finding solace in the paranormal.

Florence (Rebecca Hall) is a professional sceptic, hired to expose conmen who are exploiting the beliefs of the naive for their own gain.

When she receives a visit from teacher Robert (Dominic West), she agrees to accompany him to the remote boarding school where a ghost has spooked the staff and pupils.

She arrives just as the term is ending and most of the children are heading home.

Just one boy – an orphan – Tom (Isaac Hempstead Wright) remains behind, as he has nowhere to go during the holidays.

Tom has to spend the break in the creepy, empty school building with just Robert, Florence and the housekeeper Maud (Imelda Staunton) for company.

During the days that follow, Florence sets up experiments with the aim of debunking the supernatural sightings, but a build-up of spooky events and inexplicable ghostly encounters make her challenge her own beliefs – or lack of them.

Creating a low-budget ghost story is always going to be a tough ask, with so many antecedents already flushed through the public conscience.

The likes of The Sixth Sense and The Others come to mind, setting the bar very high for first-time feature film director Nick Murphy.

His film is suitably atmospheric and necessarily creepy, with plenty of bumps in the night in the long, dark corridors, cavernous dining halls and frost-lined grounds.

It has a tremendous sense of the period, conjuring up the early 1920s convincingly, both in the town setting and at the remote school.

From the costumes to the locations – and especially Florence’s ghost-hunting paraphernalia – the design of the film hits the nail on the head.

It’s interesting for a film – particularly one set in such a chauvinist period – to centre on a strong female character, and in an earlier time, when people were more inclined to believe there was something else out there, it’s refreshing to follow someone who was convinced that it was all a load of hokum – and consequently, a little disappointing when she starts to doubt her doubts.

There are some tremendously effective plot devices – such as a spooky dolls house that seems to offer Florence clues that she’s not willing to accept.

The initial feeling when the twist is revealed is that it’s handled neatly and effectively and comes as as much of a surprise as the equivalent moments in the aforementioned ghost stories – but the more you think about it afterwards, the more it seems to unravel.

Once you know what’s actually going on, it all feels a little arch – some people can see the ghost, others can’t – sometimes he appears as a blurry splodge while other times he appears more real – the motives of some of the characters, when explained through exposition, fails to convince – there’s little consistency in that sense, necessarily so, or else the twist would become obvious too soon. But that doesn’t really excuse it.

Similarly, it means the only reason the twist comes as as much of a shock as it does is because it actually doesn’t sit comfortably with the reality that the film-makers have created. You kind of feel you’ve had the rug pulled from under you, in a way that you didn’t with The Sixth Sense and The Others – and others.

At the heart of The Awakening was a clever idea, neatly executed, not least thanks to chilling cinematography and effective lead performances in a convincing setting, but it all starts to fall apart a bit during the final act; much of the good will previously earned fades away, as it becomes disappointingly messy.